Nvidia held its GTC event last week, and of the virtual keynotes I’ve seen so far, CEO Jensen Huang’s was the best. That’s because the company made the decision to cut it into segments, mostly under 16 minutes, so viewers didn’t have to watch things they weren’t interested in.

Also, Jensen mixed up the content between the speaker, videos and static images, so it was interesting to watch. Nvidia used its technology during the pitch rather than just talking about it.

Its presenters also used the format of summarizing what they were going to say, saying it, and then summarizing what they said. That approach helped people retain the content better, while inviting the audience to take a quick look at some of the segments that might not have interested them at the outset.

What I found most fascinating were several things that likely will revolutionize the world we’ll be living in during and after (if there ever is an after), the COVID-19 pandemic. I’ll focus on those things and then close with my product of the week: the new Dell XPS 17, which may now be the perfect work-at-home laptop computer (and it uses Nvidia technology).

I’ve been watching Amazon’s new dark science-fiction comedy Upload over the last few days, and it is a fascinating show, not least due to its depiction of the practical issues of having to live in a virtual world.

Given the number of companies working on being able to upload a person to a digital existence, there is little doubt that this eventually will be a path to immortality for some of us. Still, we need far better real-time graphics performance long before we get to the point where we can create a virtual world that is realistic enough.

With
Omniverse and RTX, Nvidia showcased a level of realism that we now are only beginning to see, which eventually could be a foundational element of that future virtual world. The combined technologies not only create high-quality images that look like real images but also help coordinate the creation effort among those working on those images.

The results initially will enhance games and simulations. Eventually, they will be used to improve video conferences (active backgrounds), video programming, and other creative endeavours that will blend the real with the virtual in a seamless fashion.

Recommender system technologies occupy a critical area of AI interaction that remains underserved against its potential. When you watch a movie on Netflix, the service uses a recommender system to suggest what you should watch next. It’s the same when you buy a product on Amazon. These systems look at what you are viewing or buying and suggest — in my opinion very poorly — something else that might be of interest.

The issue with current systems is that they don’t seem to know that much about you, and their in-depth knowledge of what you just bought or considered is sparse. As a result, their recommendations can be significantly off the mark.

However, when they work, they do drive sales, and Nvidia showcased its far more advanced
Merlin system. If fed more complete data, it could lead to a dramatic spike in the conversion rates of potential buyers to actual purchasers.

This advancement not only would ensure you bought the best product for you, but also would improve sales for the firms using these new enhanced recommendation engines.

When Microsoft first brought out Cortana as a personal assistant, I thought it was going to create something
like this. I believe personal assistants should be rendered, particularly given that we increasingly have underused screens on the related devices. Granted, I’m not convinced I want to see what a “Google” looks like, but Siri and Cortana should be hot.

Nvidia
showcased what I imagined, and while the core technology was labor-intensive, using it wouldn’t be. The result would be far more intelligent as well, and this goes beyond just the use of consistent facial expressions and approaches the ability to have real conversations with the device.

Now I’ve used some of the beta products that Amazon has showcased, and they are getting better. Yet the Nvidia Jarvis platform goes further still. It finally may result in a digital assistant that isn’t just a voice interface into Google search. Some of the other technologies showcased at the event, like Merlin, could turn it into something far more useful and realistic.

A lot of us need something to interact with so we don’t feel like the last living cell in a dead body as we quarantine at home, so this also could be extremely timely.

With the COVID-19 pandemic likely to be around for a while, there has never been a greater need for robotics to replace workers in the riskiest environments. The exciting showcase implementation was by
BMW, which will use robots extensively in its plants to move materials between working groups. For humans, it’s a job that would entail a very high likelihood not only of catching the virus but also of spreading it among working groups.

With its ever more advanced Jetson platform, Nvidia’s technology also is being used for robotic medical deliveries as well.

This is on top of its market-leading platform for autonomous driving, which, given the virus, may help services like Uber and Lyft return to viability (granted, without drivers).

Particularly in jobs that require high contact, intelligent robots increasingly may become the only safe way to provide certain services. Food delivery, reception, and driving others — particularly in large capacity conveyances like buses — are a few examples.

The autonomous driving segment is where Nvidia Drive plays, and it couldn’t be more critical than it is now.

Virtual worlds, digital assistants that can hold a conversation, robots that take the place of people in unsafe areas, and AIs that can help you make better choices (and close more sales) are only part of what Nvidia showcased. Those four things were the most critical parts of the future that Jensen spoke to, but we live in a COVID-19 present.

In the
opening segment, Jensen also spoke about the many ways Nvidia has been helping to mitigate the COVID-19 crisis, and they are impressive.

Many of our lives may depend on these efforts, and they showcase the force-multiplying effect of technology when it is used for good.

In the end, the Nvidia Virtual GTC Keynote showcased not only an exciting future, but a safer present — as well as how to present keynotes effectively in this new work-from-home world. It was very nicely done.

The way we work has changed dramatically over the last several months, but laptop designs largely reflect the way the world was rather than what it is now.

We now move mostly around our home. We may go into the office occasionally, but most high-volume travel (outside of sales) is unlikely to return for at least a year. These changes have shifted our needs to larger screens for productivity and remote viewing, and so we can place the included camera higher so it isn’t looking up our nose.

The product with the best line breadth right now is the
Dell XPS 17. It costs around US$1,500 in its base form, which provides a good blend of performance and size. Its full-featured high-performance offering uses Nvidia’s RTX architecture and higher-resolution screens. 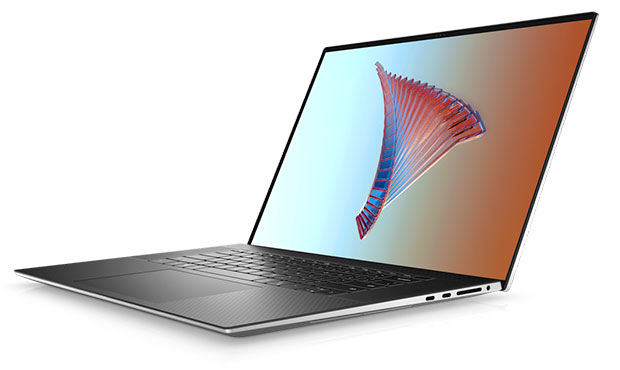 With the latest Intel technology (10th generation) and the noted Nvidia RTX graphics system as an option, carbon fiber accents, and a sound system that actually can fill a room, this may be the closest thing to an ideal work-at-home product as we are likely to get this year.

As our needs have changed, so too must the products we select. In Dell’s line, the XPS17 comes closest to the ideal laptop for someone who needs to work around the house, doesn’t travel, and wants something that provides a good blend of work capability and entertainment functions.