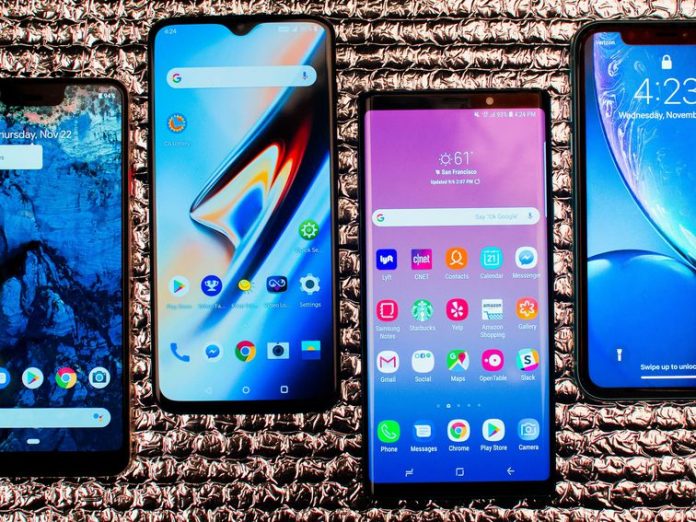 Despite the current situation the world is dealing with, phone companies still plan to release new phones this starting this month and well into the summer. While some of us might be tightening the belt right about now, manufacturers like Apple and Samsung are at this very moment still building phones and they still want you to buy them.

I guess we’ll see how well that works out. Phones shipments were down 38% in February compared to the same month in 2019, amid coronavirus concerns. I can’t imagine March was any better, but we’ll see. No one really knows how the next few months will play out, but as far as phone releases go, what follow is the current plan.

Subscribe to the Mobile newsletter, receive notifications and see related stories on CNET.

Read more: Galaxy S20 vs. S20 Plus vs. S20 Ultra: Which Samsung phone to buy when sales arrive

Samsung is one company betting that foldables are the future of mobile devices. It worked on foldable displays for years before unveiling its Galaxy Fold in February 2019. Samsung’s device, which expands from a phone into a tablet, captured the world’s attention, but it quickly ran into troubles.

The company delayed the launch of the $1,980 Fold by five months from April to September after some reporters found screen defects in their review units. This year, it’s expected to launch round two of the Fold, building on what it learned from last year’s disaster and February’s Galaxy Flip. There aren’t any firm details about when the Fold could launch, but some leakers suggest we’ll see the phone as early as the second quarter.

Notable updates to the Fold could include a glass display instead of plastic and a bigger internal screen. Some rumors even suggest it will come with an S Pen stylus. Still, the coronavirus pandemic could push back the launch, and Samsung’s still having trouble making enough Galaxy Flips for potential buyers.

Huawei’s P40 series consists of three phones — including the standard P40 and the P40 Pro — but it’s the hero — the P40 Pro Plus — that’s got us most excited. It’s the first phone to have a 10x optical zoom lens, it promises to be killer in low light photography and it’s got a practically bezel-free design. This phone is due to go on sale in June, but due to ongoing political difficulties, the phone won’t come to the US.

The fate of Samsung’s annual stylus-bearing flagship phone for power users is up in the air. Typically, we’d expect the new Note to arrive in August, guns blazing, to much fanfare and a splashy launch event. This year, who knows. An early rumor suggested that the Note 20  — following Samsung’s new naming convention for the Galaxy S20 phones — would appear as early as July.

That seems wholly unlikely as the world hunkers down to weather this coronavirus pandemic. It’s possible that Samsung could host an online event like rivals instead of the usual stadium or music hall venue. The company didn’t reply to a request for comment on the topic.

What is likely is that the Note 20 will build off the Galaxy S20’s key features, from 5G data speeds and a fast 120Hz screen refresh rate to those high-resolution cameras — whenever  — and however — it’s eventually unveiled.

Xiaomi took the wraps off its latest flagship phones the Mi 10 and Mi 10 Pro in an online event on Feb. 13 for the Chinese market, which it followed up with an international launch on March 27. Both phones sport a massive 108-megapixel camera sensor, which appeared first on the Mi 10 Note and was co-developed by Samsung.

The phones will also come packed with other top-shelf specs including the latest Snapdragon 865 chipset, 90Hz displays, a 4,500-mAh battery and a 30-watt wireless charging option. Xiaomi says it’ll release the phones in European countries including Spain, Italy and France in April, but stopped short of announcing any details of a possible US launch or release. In Europe, the Mi 10 will start at €799 with the 10 Pro starting at €999. Under these prices, converting to US dollars would have the Mi 10 costing $877 and the 10 Pro at $1,096.

Expected release date: Xiaomi did not announce plans to launch in the US market

Google Pixel 4A and 4A XL

Last year, Google debuted a budget version of its Pixel phones, the Pixel 3A and 3A XL. The devices turned out to be a success for the company, so we expect follow ups this spring. Rumors for the Pixel 4A and 4A XL include the same $399 starting price for the Pixel 4A and headphone jacks, as well as a new front-facing hole-punch camera. And in case there was any doubt, Verizon debunked a previous claim that it is dumping Pixel phones — it won’t, and said it will “continue to work with Google.”

In late March, Xiaomi sub-brand Redmi unveiled the Note 9S as its next-generation budget phone. It’s the sequel to the Note 8 series which emerged as the best-selling Android phone at the end of 2019. The biggest talking point of the Note 9S is its 5,020-mAh battery crammed under the hood, which is larger than the 5,000-mAh battery in the Samsung Galaxy S20 Ultra.

Other notable features include: the Redmi Note’s first-ever in-display selfie camera and the quad-camera system on its rear, led by a 48-megapixel main sensor. The Redmi Note 9S will be available globally, the company said, arriving first in Singapore and Malaysia with other release dates and pricing for the US to be announced later. We’re expecting the base model that comes with 4GB of RAM and 64GB of storage to start at around $215 after converting to US dollars from its price in Singapore.

OnePlus announced that it will launch its latest line of flagship phones on April 14 through a digital event. Likely to be called the OnePlus 8 and 8 Pro, the phones are confirmed to have 5G connectivity and 120Hz displays. Because of this, we expect the phones to be pricier compared to last year’s. Other rumors include a hole-punch screen for the front-facing camera and a possible budget-minded variant called the OnePlus 8 Lite.

Apple is expected to launch a budget-friendly phone in April, which could be the first of at least five iPhones anticipated to launch in 2020. This device is widely speculated to be a lower-cost phone called the ‘iPhone SE 2020’. It would take a similar approach to 2016’s iPhone SE with a mix of elements from several iPhones and could have a $399 starting price. While an actual live event is unlikely, Apple may take a similar route with the iPhone SE that it did when it launched a new iPad Pro, MacBook Air and Mac Mini online on March 18.

The upcoming iPhone 12, 12 Pro and 12 Max (Apple has not confirmed the name of the phones, but we’ll go with that for now) face unknown waters ahead — suppliers in China have already shut down or are operating on limited capacity because of the outbreak, which may impact inventory in September when new iPhones are typically launched. Rumors for the devices are all over the place with some stating the phones will have a radical new design and other leaks point that it will likely look similar to the iPhone 11 and 11 Pro. Some models could have 5G, others might not.

In February, Motorola announced two new members to its budget friendly family of phones: the Moto G Stylus and Moto G Power. Both have a 6.4-inch full HD hole-punch display for a selfie camera, a Snapdragon 665 processor, 4GB of RAM and run Android 10 with Moto’s thoughtful extra touches. The Moto G Stylus has, as you can probably guess, a stylus which puts the phone in line with the Samsung Galaxy Note and LG Stylo. It has three rear cameras: A 48-megapixel main camera, a 16-megapixel ultrawide “action” camera and a built-in macro camera. It will cost $300.

There is a significant venn-diagram overlap between the Moto G Stylus and Moto G Power. See the Moto G Stylus section above for basic specs. The biggest differences, aside from the Moto G Power’s $250 price tag, is that it doesn’t have a stylus. Instead the Moto G Power has a 5,000mAh battery that Motorola claims can last over three days of regular use after a single charge. There is a rear triple-camera array with a 16-megapixel main camera, an 8-megapixel ultrawide-angle camera and a built-in macro camera.

In February, Sony announced the Xperia 1 ii and Xperia Pro which on paper share much of the same basic specs. It has a 21:9 ratio 6.5-inch 4K HDR OLED display, Snapdragon 865, 4,000-mAh battery with wireless charging, 8GB of RAM and 256GB. It has a rear triple-camera array with three 12-megapixel cameras: one with a 16-millimeter lens, one with a 24-millimeter lens and one with a 70-millimeter lens.

The Xperia 1 ii, like last year’s Xperia 1 will borrow camera tech from its Alpha line of cameras like the A7ii and A9 ii. One of the best is Eye AF that instantly finds the focus on a person’s eye when taking photos. The phone will also support 5G, but not in the US. There’s no word on pricing.

In February, Sony teased the Xperia Pro, a 5G phone aimed at professional video shooters. This could be the phone that knocks Apple’s iPhone off its video-prowess throne. It has the same triple-camera rear setup and Alpha camera features as the consumer-focused Xperia 1 II, and like its sibling packs a 6.5-inch 21:9 ratio 4K OLED display, a Qualcomm Snapdragon 865 processor and 8GB of RAM. The Pro also has 512GB of storage, and an HDMI/USB 3.1 port for outputting video. The Pro will support both low-band and midband 5G. The Xperia Pro doesn’t have a price but will likely cost more than the Xperia 1 ii.