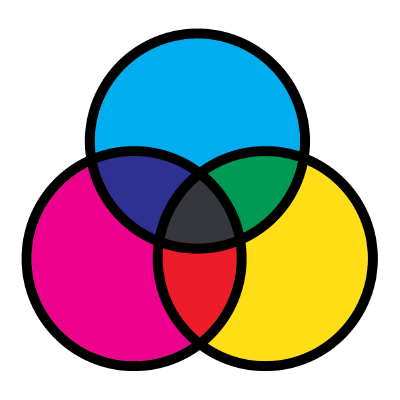 Authenticated deterministic encryption for 64-bit integers based on the
AES-CMAC-SIV construction.

AES-SID is a technique for deterministically encrypting 64-bit integers
(e.g. database primary keys) as 128-bit ciphertexts which can be serialized
as e.g. UUIDs.

Both the design and Rust implementation of this scheme have received no
external review. There are properties/limits of this scheme that need to be
mathematically quantified which are presently undescribed.

Before attempting to experiment with this scheme, please make sure to read
the full threat model section and make sure the cryptographic properties of
this scheme actually apply to your intended threat model.

DO NOT USE THIS CODE IN PRODUCTION!

AES-SID encrypts 64-bit values as 128-bit values. However, if naively (mis)used
as a general-purpose construction for encrypting 64-bit values, it can
fail catastrophically (and similar constructions have in-practice, as
described in the “Security Warning” section above).

The auto-incrementing primary key model utilized by many databases is extremely
convenient for developers for many reasons. However, it comes at a cost:
primary keys are easily guessable by attackers, who are able to enumerate and
explore the entire key space. Some notable examples of this problem include
an AT&T security flaw which exposed the email addresses of all iPad users.

More recently these low-entropy identifiers have enabled so-called
“Zoom Bombing“, where attackers are able to guess the identifiers of
valid Zoom channels and thereby gain access to them.

These identifiers are a standard feature of all SQL databases, easily
remembered, easy-to-communicate (in text or spoken form), and generally
ubiquitous in many applications.

AES-SID is designed to allow developers to retrofit applications which
use low-entropy auto-incrementing primary keys in such a way that they can be
deterministically and reversibly mapped to 128-bit external/”masked” values
(that can be serialized as e.g. a UUID), while ensuring that the “masked” values
are randomly distributed and unguessable by an attacker (with greater-than-chance
success in the 128-bit integer space, which is widely regarded as the baseline
for symmetric cryptography).

One way to solve this problem is to use a (cryptographically) random UUID as a
primary key instead of an auto-incrementing one. This is a perfectly valid
approach, and one worth considering, but it comes at a price: UUIDs are long
and high-entropy, which means they aren’t easily spoken, or even remembered
or manually typed by someone who has read them.

However, if applications are already leveraging auto-incrementing integer
identifiers, a migration to randomized UUIDs is potentially complex. That said,
even for greenfield applications, low-cardinality auto-incrementing IDs
starting at (0,1) are extremely convenient from a developer experience
perspective: they’re easy to remember, to type, and to speak.

For this reason, schemes for “masking” / encrypting low-entropy numerical
developers have been developed. Historically, these schemes have at least one
of these two problems:

AES-SID attempts to create a space-optimal authenticated identifier which
includes a cryptographic MAC. While other schemes providing the same
properties exist, this scheme is notable as being based on the
SIV Mode of Operation as described by cryptographer Phil Rogaway.

SIV was originally designed for the purposes of “key wrapping”
(i.e. encryption). AES-SID is a specialization of that notion intended for
“primary key wrapping”.

In addition to being guessable, primary keys leak information about the
records they identify: they often expose the total cardinality of the record
type they identify as well as a lexicographic ordering, almost certainly by
insertion order, which often also exposes a creation date and allows an
honest-but-curious attacker to potentially scrape and compute a complete
graph of the record type of interest.

Apps which both utilize auto-incrementing low-entropy IDs and expose a creation
timestamp are leaking valuable competitive intelligence to potential
competitors/attackers.

An encrypted primary key may seem like a powerful building block for encrypted
databases. For example, 64-bits is enough to store the UTF-8 encodings of most
“short words” in most languages which can be represented in Unicode and/or the
primary keys of encrypted documents. Naively it might seem deterministic
ciphertexts of keywords could be used to build an encrypted “inverted index”
providing fulltext search, however such systems are unsound and fail
catastrophically in practice.

As noted in the “Security Warning” section above, attempting to abuse
deterministic encryption for these purposes can have disastrous results
including full plaintext recovery and for this reason many cryptography
professionals may react adversely to the phrase “deterministic encryption”
(and rightfully so!)

Problems like searchable symmetric encryption (SSE) and private information
retrieval (PIR) are ongoing research areas which fraught with peril and an
ongoing history of broken schemes, implementations, and compromises.

The most promising solutions in these spaces involve much more complex schemes
than AES-SID, such as structured encryption and oblivious ram.

DO NOT USE AES-SID TO BUILD AN ENCRYPTED DATABASE!

Below is a pseudocode description of AES-CMAC-SIV encryption:

While naively this might appear to be a “MAC-then-encrypt” scheme, which are classically
vulnerable to things like padding oracle attacks (e.g. BEAST, Lucky 13), SIV modes are
provably secure from these attacks for two reasons:

Below is pseudocode of AES-SID and a comparison to AES-CMAC-SIV:

Where the terms (not already described above) are as follows:

Q1: Should I actually consider using this?

A1: Not yet. We are awaiting cryptographic review of the scheme, which we
think we can encourage organically because we know a lot of cryptographers
and they are naturally cantankerous people who will provide their opinions
whether you want them or not.

A2: Many “masking” schemes which provide a 128-bit ciphertext for a 64-bit
integer plaintext use naive (unauthenticated) methods like ECB mode.

AES-SID is notable in its use of a synthetic initialization vector (SIV) mode
to solve the “masking” problem. which is both the only notable
cryptographically secure way to realize the goals described above in the threat
model in a deterministic encryption scheme.

Q3: Are there test vectors?

A3: The test vectors are presently contained in the reference Rust
implementation. We realize that isn’t ideal and plan on extracting them out
into a form which is more amenable to mechanical consumption.

Q4: Will there be implementations of this scheme in other languages?

A4: If there is sufficient interest, we intend to build out implementations of
this scheme in Go, JavaScript, Ruby, and Python in addition to Rust. We would
also be interested to hear from potential users in other languages.

Unless you explicitly state otherwise, any contribution intentionally
submitted for inclusion in the work by you shall be licensed as above,
without any additional terms or conditions.