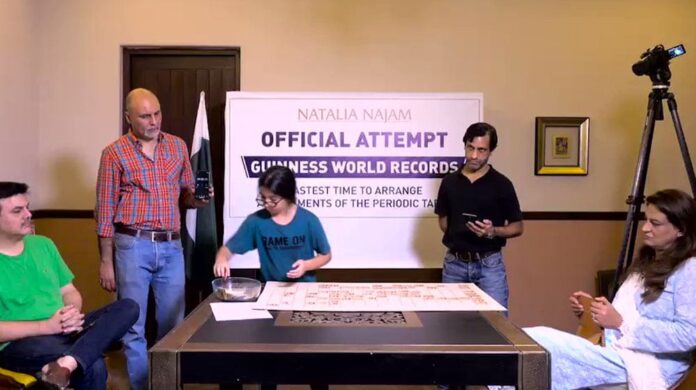 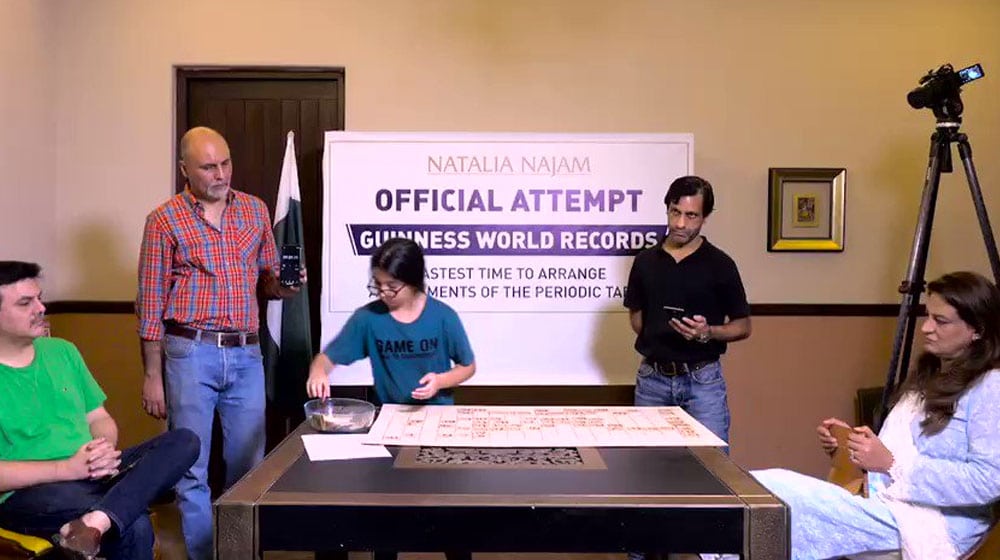 Smashing the record of an Indian professor, a nine-year-old Pakistani girl has become the youngest in the world to arrange the chemical elements of the periodic table in the shortest possible time.

#Pakistani kid Natalia Najam,a Science enthusiast broke Guinness World Record in Chemistry. She is now the youngest & fastest person to arrange all elements of the periodic table in record time
The previous record holder was a female Chemistry Professor from #India@ZarrarKhuhro pic.twitter.com/oEgi88CDre

The prodigy received a resounding thumbs up from the judges as she vigorously completed the task.

Natalia hopes her achievement will inspire other Pakistani children to take an interest in science and pursue careers in science, technology, engineering, and math (STEM).

The young girl is being hailed as ‘Pakistan’s young scientist’ for her remarkable feat. People hope that she will become an inspiration for Pakistani girls to take science subjects.

Meanwhile, her father Hasan Najam has revealed that his Natalia has not received formal schooling and has been educated at home.