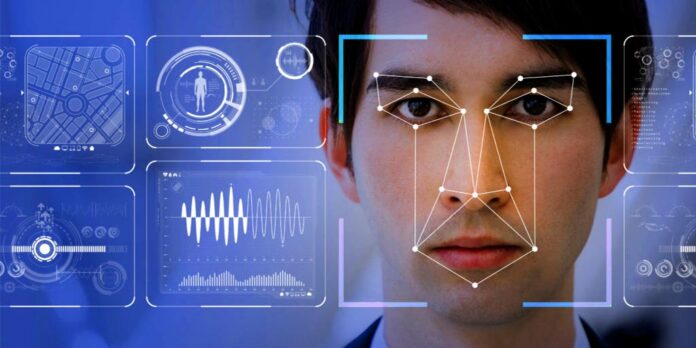 What is deepfake AI (deep fake)

Deep fake (also spelled deepfake) is a type of artificial intelligence used to create convincing images, audio, and video hoaxes. The term, which describes both the technology and the resulting bogus content, is a portmanteau of deep learning and fake.

A person in an existing image or video is replaced with someone else’s likeness. While the act of faking content is not new, deepfakes leverage powerful techniques from machine learning and artificial intelligence to manipulate or generate visual and audio content with a high potential to deceive. The main machine learning methods used to create deepfakes are based on deep learning and involve training generative neural network architectures, such as autoencoders or generative adversarial networks (GANs)

Best Deepfake Apps and Websites in 2021

Zao is the latest app that has gone viral in China for its ingenious capability to create deepfake videos within seconds. You can choose a video clip from its library which includes scenes from Chinese drama series, Big Bang Theory, popular Hollywood movies, and more. Within a few seconds, Zao creates a seemingly authentic deepfake video that frankly looks natural and indistinguishable from the original video. The surprising bit is that the app takes only a few seconds, unlike powerful computers which can take hours to train Generative Adversarial Network responsible for creating deepfake video.

Regarding availability, Zao app is only released in China for both Android and iOS users. You can sideload the app on Android, but can’t use it because Zao requires a Chinese phone number for signing up. However, we managed to test the Zao app in India and it does work for the most part. In our testing, we found that on Indian faces, it does not look as natural as you would expect. It might be because Zao is mostly trained on Chinese facial data. Nevertheless, Zao is an interesting app and you can try it once it becomes available to everyone.

Note: The company behind Zao app had earlier mentioned in the user agreement that they can reuse imagery created on its app for all purposes. However, after heavy criticism, they retracted the controversial passage. Nevertheless, if you are concerned about your privacy, we advise you to not use the app at all.

Deepfakes web β is a web service that lets you create deepfake videos on the web. It uses Deep learning to absorb the various complexities of face data. Deepfakes web β can take up to 4 hours to learn and train from video and images whereas it takes another 30 minutes to swap the faces using the trained model.

Even though it uses powerful GPU on the cloud, it can take hours to render all the data. It goes on to show that creating deepfake video is no child’s play and seeing Zao do it within seconds is truly game-changing. Anyway, if you want to try deepfake video for research in computer vision, you can go for Deepfakes web β.

If you’ve not been living under a rock, it is likely that you have already seen some clips from Wombo. For those unaware, Wombo is a lip-syncing app that lets you transform yourself or others into a singing face. You can choose from among 15 songs and make the character sing that song, all from a single image. This app is all the rage right now, taking over Reels and TikTok across the world.

You might recall one of our reports where we showcased a deepfake app named Doublicat to help you make fun GIF memes. Well, the developers of Doublicat have renamed the app to Reface, after Reface AI. Reface AI is the Generative Adversarial Network (GAN) behind the scenes. To use the app, all you need to do is capture your photo and then choose the gif that you want to use.

In a few seconds, the app will superimpose your face on the gif. It doesn’t work perfectly and the face superimposition will depend on the symmetry of your face and the gif you are using. That said, there are so many gifs on the internet that you will always have options. This can be your personalized gif creator that you can use to impress your friends.

Another viral deepfake app you should try out is called MyHeritage. The app’s Deep Nostalgia feature gained popularity among social media users as it lets you animate old photos. To use the service, all you have to do is upload an image and press the animate button.

In a few seconds, you get an animated version of the image with the face, eyes, and mouth moving like it’s straight out of The Daily Prophet magical newspaper from Harry Potter. You can check out the output image right here:

DeepFaceLab is a Windows program that allows you to create deepfake videos. It’s primarily built for researchers and students of computer vision. However, if you want to learn about deepfake videos, you can definitely try this tool. It uses machine learning and human image synthesis to replace faces in videos.

Since DeepFaceLab is an advanced tool mostly for researchers, the interface is not user-friendly and you will have to learn its usage from the documentation. Again, it goes without saying that you need a powerful PC with a dedicated high-end GPU. Simply put, if you are a student specializing in computer vision, DeepFaceLab can be a great tool to understand deepfake videos.

Deep Art is another app which went viral a few weeks ago. It’s not a deepfake video app, however, it can create deepfake images based on art, ancient structures, and paintings. While there are many apps that have similar features, the unique part about Deep Art is that it uses AI to turn any photo into an artwork.

The highly advanced algorithm is said to have inspired by the human brain and uses stylistic elements of popular artworks to recreate artistic images. Deep Art is trained by the works of various artists which include Van Gogh, Leonardo da Vinci, Michelangelo, Picasso, and more. And the good part is that there is no privacy issue with this app. If you want to try something artsy, Deep Art is the best app to try.

Face Swap is not entirely a deepfake app, but it does let you switch faces with your friend or a photo in videos. You can record videos, put stickers, take photos and directly post on social media. What I like about this app is that, unlike other face swap apps, it’s not that static and there is some degree of movement on the face. There are also 3D effects, interactive face warping with several masks and effects. All in all, if you are looking for a deepfake app, Face Swap Live can be a great Zao alternative for the time being.

Q. What software is used for Ddeepfakes?

Deepfakes are created using artificial intelligence and machine learning software. All the apps mentioned on this list use built-in AI and ML software to create deepfake videos and photos.

According to Wikipedia, the word Deepfake originated in 2017 from a Reddit user named “deepfakes”. That said, no one man can claim Deepfake’s invention. The work done in computer vision, AI, and ML made it feasible for researchers and armatures to create deepfakes. There’s no single person who invented this.

Q. How dangerous is deepfake?

Deepfake is really dangerous for society. Since most online users believe stuff without verifying them, deepfake poses a huge threat to the truth. That being said, the technology is not there to convincingly fool anyone right now. It will be there in a few years and both governments and tech giants will have to work together to tackle this problem.

Q. Is it illegal to make deepfake videos?

The Best Deepfake Apps and Websites Chosen For You

So that was our list of 8 best deepfake apps and websites available right now. While there are a few services offering deepfake videos, it takes a painfully long time to render and create the final video. Nevertheless, if you are interested in learning about machine learning and how the faces are swapped, you can definitely go for the advanced tools. If you enjoyed this article, you should also check out our list of fun websites to pass time. You will find many gems there. Anyway, that is all from our side. If you found our article informative, do comment down below and let us know.

The deepfake software uses the face swapping AI called RefaceAI to superimpose your face on GIFs and images
https://chrome.google.com/webstore/detail/deepfake-software-for-pc/ffibhmnkiddbnkhkonfdhjooajncdmod

After lurking for several weeks in Reddit’s deepfake community, I decided to see how easy it was to create a (safe for work, nonpornographic) deepfake using my own face.

I started by downloading FakeApp and enlisting two technical experts to help me. The first was Mark McKeague, a colleague in The New York Times’s research and development department. The second was a deepfake creator I found through Reddit, who goes by the nickname Derpfakes.

Because of the controversial nature of deepfakes, Derpfakes would not give his or her real name. Derpfakes started posting deepfake videos on YouTube a few weeks ago, specializing in humorous offerings like Nicolas Cage playing Superman. The account has also posted some how-to videos on deepfake creation.

What I learned is that making a deepfake isn’t simple. But it’s not rocket science, either.

To get more speed, Mark and I used a remote server rented through Google Cloud Platform. It provided enough processing power to cut the time frame down to hours, rather than the days or weeks it might take on my laptop.