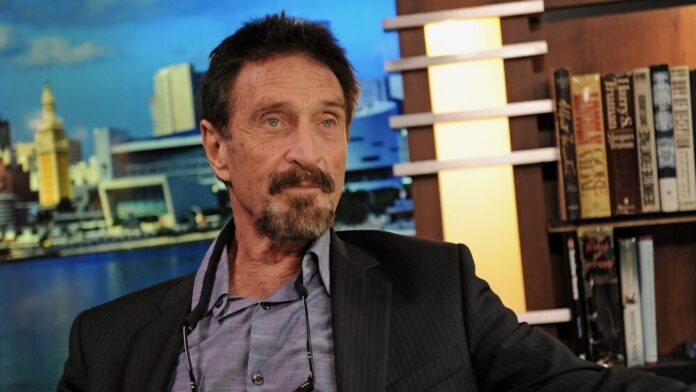 John McAfee, creator of the popular anti-virus software has been found dead in a Barcelona prison cell. This was hours after a Spanish court agreed to send him to the US to face tax evasion charges.

According to the Catalan justice department, medics tried to revive the 75-year-old on the spot but failed to do so.

All the surrounding evidence indicated that McAfee had taken his own life.

McAfee and his company were the first to release commercial anti-virus software. The McAfee anti-virus helped create a multi-billion dollar industry in the computer world, which was eventually sold off to Intel for $7.6 billion.

McAfee was a controversial figure in the tech industry and was arrested in October 2020 for tax evasion. He was accused of failing to file tax returns for four years, despite earning millions from his work.

The US justice department claimed that McAfee was dodging his tax liability by having his income paid into bank accounts and cryptocurrency exchange accounts in the names of nominees. He was also accused of hiding his valuable assets by using other people’s names.

Spain’s National Court had authorized his extradition to the US to face tax charges, soon after which he was found dead.