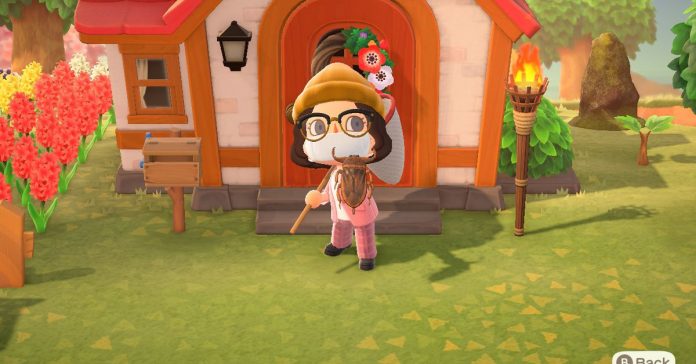 On April 1, Animal Crossing: New Horizons got a refreshed island: There are now cherry blossoms! Eggs! Zipper! These are all good things, depending on who you ask. But the April update has also done something terrible. It’s broken the self-made tarantula island, which lets players collect lots and lots of spiders — one of the more pricey bugs in the game. (8,000 Bells! And 1.5 times that if you’re selling to Flick.)

Before the update, you could create your own tarantula island by essentially razing most Mystery Island Tour islands. You’d clear off flowers, dig up trees, and break open stones; the idea is to remove most spawn items for Animal Crossing: New Horizons’ bugs, forcing tarantulas to populate the space. The problem with the April update is that it added a bug that you can’t force off the island: the giant water bug.

Giant water bugs spawn — you guessed it — in water. They’re more annoying to clear away than the wharf roaches that live on an island’s rocks, because they’re hard to catch. You can just stomp on the roaches and they’ll scatter. Water bugs won’t flinch even if you sprint by ’em. Tarantulas may still spawn, but it’s a lot less likely.

To test it out, I cleared an island and was able to fill my inventory with water bugs without spotting a single tarantula. Others on Twitter have reported the same thing. It’s not a total loss, though. Water bugs don’t sell for nearly as much as — 2,000 Bells — but with the amount I caught, I could rack up a pretty penny.

The good news is that there’s still a chance you can land on the tarantula island, which doesn’t require destroying the place: Tarantulas will just spawn there. Until you land there, there’s a lot of water bugs in your future.

“If you’re positive that you’ll be spending a majority of your time playing the Switch at home, connected to a television, then you should seriously consider investing in the Switch’s Pro Controller.” —Polygon’s Nintendo Switch review“,”entry_id”:20970224,”image_url”:”https://cdn.vox-cdn.com/thumbor/IhouzXx2wLusC-h9GA5sKba5_Lk=/1000×0/cdn.vox-cdn.com/uploads/chorus_asset/file/19829547/ply_nintendo_switch_pro_controller.jpg”,”anchor_id”:”Nintendo_Switch_Pro_Controller-918721″}” data-cid=”site/shoppable-1585874340_1369_74683″>

How to copy text from images on your Android device

It is easy to extract text from any type of image in the Android device. If you are looking to copy text from the...
Read more

Something went wrong, but don’t fret — let’s give it another shot.
Read more