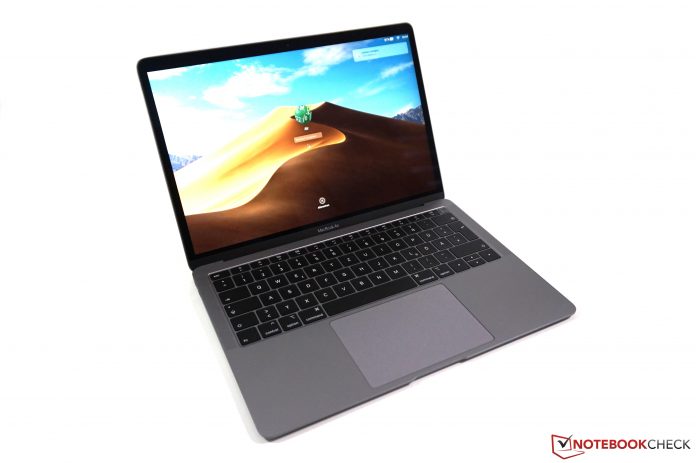 The staingate has plagued Apple’s laptops for years. Now the manufacturer has confirmed that yet another newer Macbook is exhibiting this problem: The Macbook Air with Retina screen does sometimes develop the typical staingate symptoms.

Once, Apple’s Macbook Pro notebooks were offered with two different screen-type options: Customers could buy their Macbook Pro laptops either with a glossy, glass-covered screen or a matte screen without the glass-cover. With the arrival of the Retina Macbook Pro in 2013, this choice was no longer offered, as now there was only a single screen option that was glossy. This screen is also glass-covered. To compromise between the matte and glossy screen types, Apple introduced an anti-reflection screen foliage. While the screens were definitely not matte, this feature greatly reduced the reflections. The problem: The screen film turned out to be not very durable. Screens with it sometimes developed stains – a phenomenon so widespread that it even got its own name: Staingate.

A design decision that seems to have backfired, as Apple has confirmed now that “staingate” affects the Apple Macbook Air 2018 as well. “Macrumors” has obtained an internal memo for Apple Service providers about the staingate which now mentions the Macbook Air for the first time. Before, only the discontinued 12-inch Macbook and various Macbook Pro models were officially confirmed to be affected.

MUST READ  Doom Eternal Has A Secret Pistol, And You Can Use It Now

If you have a Macbook Air that exhibits the problem, you should contact Apple support, as Apple as a repair program for this problem. With Apple mentioning the Macbook Air 2018 in an official document as an affected machine, there is a good chance that it will be covered.

In 2010 I started to get more and more involved with technology, especially notebooks have been my passion ever since. Of course, I came across the detailed tests of Notebookcheck very quickly. With time I learned more and more about notebooks and started writing small reviews about notebooks in forums and blog pages. To earn some extra money during my studies I turned my hobby into my profession and joined the team of Notebookcheck in 2016. My personal interest is, especially in business notebooks.

One of the greatest sins in the entire software industry has got to be the way developers are hired. It is irredeemably broken and needs to be torn down and completely rebuilt. I've been a software developer now for around 15 years. In that time, I've been a day-to-day developer, run my own successful software…
Read more

Add a ‘0’ Before Dialing a Mobile Phone Number,