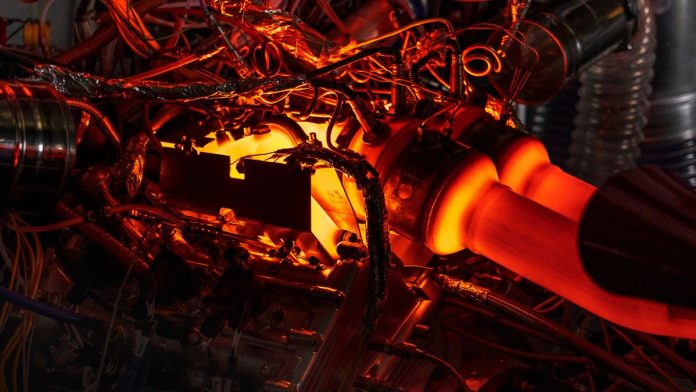 You might have heard that Aston Martin’s Valhalla supercar will have a V6 behind the seats. While a six-cylinder Aston is hardly sacrilegious, it’s worth asking whether a V6-powered British supercar will cut the mustard in a post-Jaguar XJ220 world.

Sure, V6-powered supercars are not unheard-of. The turbocharged V6-powered Ford GT is one. Both generations of NSX represent another two members of the club. The Nissan GT-R is one more. You’d think they would put the Aston Martin Valhalla in good company. But none of those cars are British. They don’t have the story of the Jaguar XJ220 hanging over their heads.

Let me first make one thing clear. I love the Jaguar XJ220. I love its look, I love its story, and I love its V6. It’s a wonderful engine with the right racing pedigree (Group B, goddamnit!), a pretty voice, and a character all its own. But when it came out, it was a massive disappointment.

When the XJ220 program was first announced, Jaguar sold the idea to buyers promising 6.2-liter V12 power from the XJR-9 Le Mans car. It wasn’t a new engine, but the prospect of a supercar from Jaguar with that kind of pedigree was exciting enough to entice 1500 prospective buyers to put down deposits on the car even though only the prototype had been shown.

But then things changed. Between emissions tuning challenges and doubt that road tires could keep the car planted and stable at its projected 220 MPH top speed, the V12 was nixed. In its place came a turbocharged V6 engine not terribly unlike the one the Valhalla will get when it comes to market. Lightening the car considerably, the engine swap helped make the XJ220 viable as a production car, even if it wasn’t exactly what buyers were promised.

Ultimately, though, the car didn’t meet a number of promised benchmarks in addition to its six-cylinder-deficiency over the concept. It didn’t have all-wheel-drive. It didn’t meet the price projections that Jaguar had originally communicated to buyers and, worst of all, it didn’t hit 220 mph. All of these shortcomings made the XJ220 a lot less desirable in buyers’ eyes and sales suffered as buyers attempted to flip their spot in line for a few bucks.

It was a lot of trouble for Jaguar, but the car did eventually launch. The production cars, V6 and all, remain some of my favorite supercars. They’re gorgeous. They’re fast. They stand out in a crowd

The Aston Martin Valhalla is gorgeous. It’s going to be fast. It’ll stand out in a crowd too. But it’ll have a twin-turbo V6 inside and whether the car will be able to overcome the impact of cylinder deficiency against its likely competitors from Italy, Germany and back home in the United Kingdom remains to be seen.

In my mind, the make-or-break feature for Aston Martin is going to be the hybrid system that is designed to give the car monstr0us performance to match packaging that’s a far cry from the brand’s usual front-engined GTs and sportscars. A hybrid system was able to turn BMW’s three-cylinder i8 into a wildly successful model for the brand despite the tiny engine inside. I’m thinking the same could be true for Aston Martin.

That said, we haven’t heard much about it yet. Rumors suggest we could be looking at a four-figure horsepower number from the Valhalla once it finally hits the market, but we last heard that when the car in its early design stages. I think 1000 horsepower would be mighty impressive, and I’m guessing that buyers would be happy enough to settle for a smaller engine with a few fewer cylinders to tell their friends that their car has that many ponies inside.

Still, a cylinder count of six remains a hurdle. It certainly drew ire when the Ford GT launched so I wouldn’t be too surprised if buyers turn their noses up at the Valhalla’s motor when the time finally comes for Aston Martin to sell some. That is, of course, assuming that the downturn doesn’t swallow the company whole.

In the meantime, though, we’re all sitting at home doing our best with whatever imagination we have left to envision a world where we could buy a car like this, unimpeded by lockdowns, curfews, and checkpoints. So, Jalopnik commentariat, for your [imaginary] dollars, does the Valhalla’s V6 seem like a reasonable proposition or would you rather something with a few more pistons inside?

Anyone remotely familiar with internet hype knows that flying cars and jet packs are Just around the corner! Interestingly, much of the cool technology in this field came and went decades ago. Like the WASP II flying platform. I wrote a book on the history o…
Read more

Proving the Lottery Ticket Hypothesis: Pruning is All You Need

Proving the Lottery Ticket Hypothesis: Pruning is All You Need
Read more