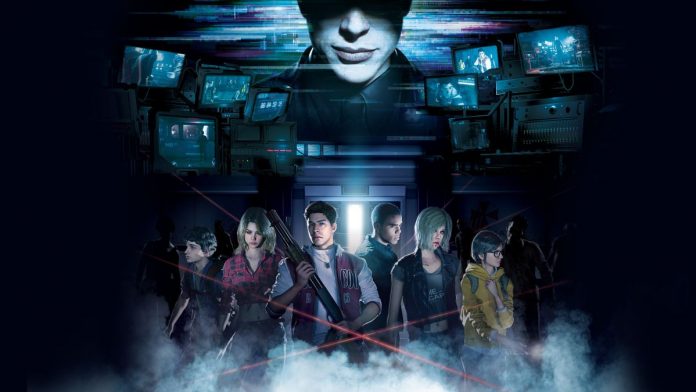 Capcom has pulled the Resident Evil: Resistance beta from Steam and PlayStation 4.

The open beta test of the asymmetric multiplayer spin-off game that will be bundled with the Resident Evil 3 Remake got off to a bumpy start when PS4 and PC players struggled almost immediately to successfully match in matchmaking lobbies.

Due to technical issues, there is a delay for the RE Resistance Open Beta on PS4 and Steam. The XB1 version is unaffected and is available. We’re working to resolve the issue as soon as we can and will keep you updated. Apologies for the inconvenience.March 27, 2020

“We’re aware that PS4 users trying to play the Resident Evil Resistance beta are experiencing matchmaking issues at this time, and are working on resolving the problem,” Capcom said via a tweet on the official Resident Evil Twitter account (thanks, Eurogamer). “Please stay tuned for further updates. We appreciate your patience!”

Before long, however, it became apparent that whatever the issue was, it couldn’t be resolved quickly. Just a few hours later, Capcom confirmed it had to pull the beta completely “due to technical issues”, although the Xbox One test presently remains online and unaffected.

“Due to technical issues, there is a delay for the RE Resistance Open Beta on PS4 and Steam,” Capcom added later that same day. “The XB1 version is unaffected and is available. We’re working to resolve the issue as soon as we can and will keep you updated. Apologies for the inconvenience.”

At the time of writing, there’s no confirmation on when the beta test might return to Steam and the PlayStation Store.

The producer of Project Resistance responded publicly to criticism of the series’ new direction when the spin-off was first announced, stating that while it’s “totally valid that people want more of the quality core [Resident Evil] experience” Capcom needs “to continue to branch out and try to offer up new gameplay in addition to refining the experiences people expect”.

For more on Project Resistance, find out why Josh thinks that while it isn’t the Resident Evil game any of us asked for, he’s sure glad that it exists.

You can watch the Project Resistance trailer here, or you can check out the best new games and beyond if you’re looking for something new to play now.

Part of GR+’s news crew, Vikki is a (jumpy) survival horror survivalist with a penchant for sci-fi, shooters, thrillers, and a strong cup of Yorkshire tea. A committed Guardian and Spartan, she’s terrible at FPSs, but loves ’em all the same.

How To Make An EMail Bomber Using Simple PHP And HTML

What You'll Need? Webhosting – Make Sure You Have SMTP Or It Won't Work Small Knowledge About PHP And HTML :o:Steps: 1. So First We Will Want To...
Read more

This project is in its infancy. Expect rapid iteration and high-flux while we flesh out the mission and process.Thanks!The web deserves interoperability between component frameworks and design systems. The UI community is in a similar place as the industrial revolution prior to standardization. Untold amounts of human effort are exhausted globally every day on rebuilding…
Read more

Featuring Apples H1 chip and up to 15 hours of battery life The Powerbeats 4 feature a new design with their cable coming down from the rear of the earbuds. Image: WinFuture Images of Apples unannounced Powerbeats 4 earbuds have appeared online for the fir…
Read more