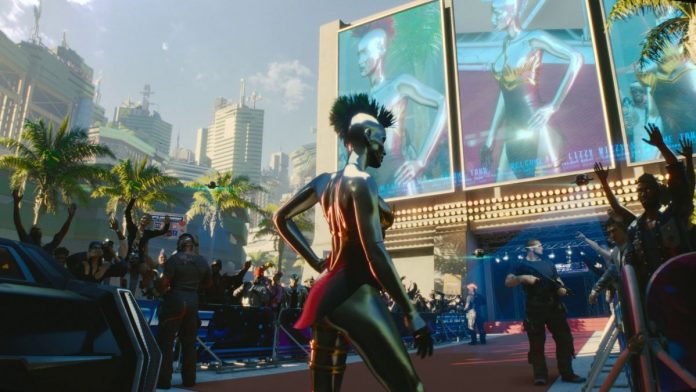 CD Projekt Red has confirmed that Cyberpunk 2077 will be getting a proper next-gen upgrade on the Xbox Series X, and it’ll be free to anyone who owns the game on Xbox One.

The PS5 and Xbox Series X are both backwards compatible, meaning you’ll be able to play Cyberpunk 2077 on next-gen consoles when they launch, but the separate, “full-blown next-gen version” is coming at a later, unspecified date. It isn’t clear whether the next-gen Cyberpunk 2077 port will be available on PS5.

“In terms of Microsoft’s console, like I said, we have officially confirmed both the update and the cross-gen availability, meaning that you’ll be able to play the game from the get-go on the next-gen,” said CD Projekt SVP of business development Michal Nowakowski, according to Video Games Chronicle. “However, when it comes to a proper, full-blown next-gen version, that’s going to come later, we haven’t announced when and I don’t have a new comment here on that.”

Nowakowski specifies that the next-gen version of Cyberpunk 2077 is only confirmed for Xbox Series X at the moment, pointing to Microsoft’s Smart Delivery program, which makes select next-gen versions of current-gen games free to anyone who bought the current-gen version. Cyberpunk 2077 will work with Microsoft’s Smart Delivery program, but Sony has yet to announce a comparable system to support cross-gen releases.

To be as clear as possible, you should be able to pop your PS4 or Xbox One version of Cyberpunk 2077 into the PS5 or Xbox Series X and play without issue. Nowakowski was talking about a fully-fledged next-gen upgrade, which as of now, is only confirmed for Xbox Series X as a free download coming some time after the next-gen console launches.

Hungry, a catering marketplace that connects businesses with independent chefs, announced this week that it has raised $20 million in Series B funding. Hungry tells...
Read more

Losing files is upset. Every now and then, we go through unfortunate situations. One such situation is accidental deletion of your important file. It...
Read more