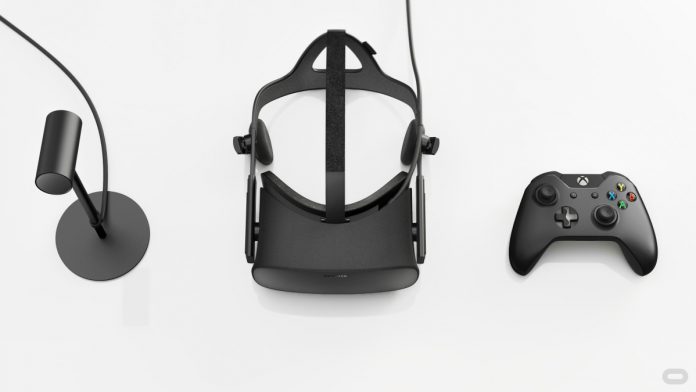 The Oculus Rift S and Quest are still out of stock, so in the U.S. Facebook is temporarily selling a “limited supply” of refurbished original Rifts for $299.

The original Oculus Rift launched in mid-2016 for $600. This didn’t include the Touch controllers, which launched in December of that year for $200. In 2017, Facebook unified into a Rift+Touch package priced at $400, and that’s what’s on offer here.

Facebook says any refurbished Rift will be free of visible cosmetic imperfections, have no scratches on the lenses, no dents, and any repairs used original components.

If you’re not happy with the headset, returns are available for 30 days. If there’s an issue with it however, there’s a six-month warranty. That’s only half the standard warranty, and would actually be illegal in almost all other developed countries.

So how does the Rift “CV1” hold up in 2020? We got one of ours out of storage and played a little Half-Life: Alyx with it.

What holds up well

The Rift CV1 is the only Oculus headset so far designed to be high end, rather than balanced with affordability. The headset has a premium feel with a cloth exterior, and more importantly it’s compact, light, and comfortable to wear.

Unlike the Rift S, the lens separation is adjustable, allowing it to accommodate a wide range of users.

Rift features great integrated headphones. It was the first consumer headset to do this, pushing VR audio forwards- and leading to disappointment from many when Rift S and Quest were announced using a basic strap audio system with poor quality & low volume.

The main problem with the Rift CV1 was always its tracking system. It’s awkward to set up, clunky, and often incompatible with motherboards. If you move your sensors at all you’ll need to redo setup. And unless you go to the effort of wall mounting them your controllers will track poorly when near the floor.

These problems get worse the more sensors you add. The Rift comes with two sensors in the box, but for high quality “room scale” tracking (today taken for granted) you’ll need to acquire a third.

While OLED panels give the screen great contrast, the relatively low resolution is jarring compared to modern headsets. You’ll find yourself leaning in much more often to read text, and distant objects will be hard to identify.

The biggest problem with the display system though is the “god rays” on the lenses. In high contrast scenes this can be incredibly distracting.

Should you buy one?

At $300, this feels like a high price for a headset released four years ago. At the end of its life, the headset was offered for $350 new. We’d have expected this to be priced more around the $200 mark.

But it can still play any VR game the Rift S can. So if you just can’t wait for other headsets to come back in stock and you’re aware of the limitations, this could be your path into PC VR.

If your interpupillary distance is outside the recommended range for the Rift S, it may even be a superior experience for you.

The History of the URL

On the 11th of January 1982 twenty-two computer scientists met to discuss an issue with computer mail (now known as email). Attendees included the guy who would create Sun Microsystems, the guy who made Zork, the NTP guy, and the guy who convinced the governm…
Read more

Zoom, the video conferencing service whose use has spiked amid the Covid-19 pandemic, claims to implement end-to-end encryption, widely understood as the most private form of internet communication, protecting conversations from all outside parties. In fact, Zoom is using its own definition of the term, one that lets Zoom itself access unencrypted video and audio…
Read more