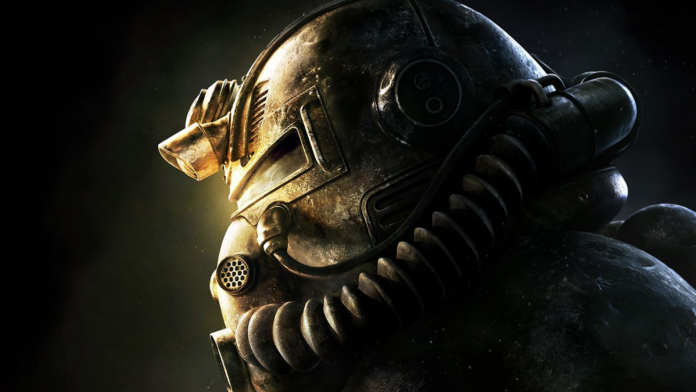 Fallout 76’s sweeping Wastelanders expansion arrives tomorrow, bringing a bunch of new content to a game that hasn’t seen much of that in the last six months. While most players are eagerly awaiting the update, some are sitting with their fingers crossed hoping the new changes won’t force them to relocate the elaborate campsites they’ve been building up since launch.

After being delayed twice, Wastelanders will finally add honest-to-god NPCs to an online role-playing game that has been sorely missing them. It’ll also bring new settlements, story quests and factions—things players have come to expect from past Fallout games but were nowhere to be found in Fallout 76’s lonely sprawl. To do this, though, Bethesda needs to change the game’s map, which could potentially evict a bunch of players from their current homes.

“Along with all of this come some locations in Appalachia where you could previously build your C.A.M.P. that will now occupy the same space as new content,” the publisher wrote in a blog post last Friday. “If your residence is in one of these areas when you log into Wastelanders, you will be notified that it can no longer be placed.”

Moving campsites normally costs somewhere around 100 caps, give or take, but Bethesda is making the post-Wastelanders move free for those affected. For those with big and complex campsites, however, moving costs are the least of their worries. Dozens of updates later, packing up a campsite is still a finicky process, requiring a lot of forethought and full of unseen pitfalls.

To add to the uncertainty, Bethesda hasn’t told players precisely where these new “no-build” zones are located, instead releasing a map with a small circle around each affected location. “Some zones may be a bit larger or smaller than their highlights on the map, so if your C.A.M.P. is currently near of one of them you may want to consider moving prior to patch day,” the company wrote.

As a result, players have spent the last weekend checking their campsites against the map. “Looks like I’m safe,” wrote one player on the game’s subreddit. “I’ve been worried as hell I was gonna lose my trusty home I’ve had set up since BETA.” Others are less fortunate. “Fuck,” wrote another. “I’m right on the wooden boardwalk where the far upper righthand corner one is.”

Some, like Reddit user mrtimboy, have spent practically all of their time with the game calling the same place home. “I knew coming to Fallout 76 I’d want my permanent camp to be a saloon where players could stop by,” they told Kotaku in an email. As Bethesda added larger base-building budgets and even booze to the game, mrtimboy’s camp turned from a novelty saloon into the real thing with players stopping in during their travels to trade tales and take the edge off.

“The whole camp is too large to be blueprinted so it would be very difficult and upsetting if I had to start from scratch especially somewhere else as I love the toxic valley,” they said. “It gives that Wild West desert vibe perfect for a saloon and I feel the location I picked is just perfect. I’ve had many memories at that place and it’s one of the reasons I love to come back to 76. Just to look at it.”

Another player potentially being uprooted is xXLoneLoboXx, whose home sits on the cusp of a bucolic little town near the game’s forest region. “I stumbled upon Helvetia in the middle of Fasnacht—balloons and streamers, confetti, robots with funny masks and players with many different interesting outfits—it was an amazing first day in 76,” they told Kotaku in an email. “I loved Fasnacht so much I built my house outside of Helvetia so I could wait for the event trigger again. Built it right outside of the Post Office on a small little cliff, close enough the scorched in the second floor of the post office would shoot at it every time I logged on.”

It’s clear from the way xXLoneLoboXx describes it that their campsite is more than just a place to rest up and repair gear in between exploring the wasteland. What used to be a sparse bachelor pad is now a multi-room house full of homey decorations and personalized touches. A pet Deathclaw stands guard in the backyard along with a scrapbot and three-headed Brahmin cow—the model post-nuclear family. Where some have derided Fallout 76 for being incomplete and a buggy mess, others have the sorts of lives Bethesda hinted at during its E3 press conference hyping the game. And now those players’ creations are at risk.

“My little house I’ve had for 240 levels and 1100 hours, everything I’ve known and loved for the year I’ve played this game, may now cease to exist come Wastelanders,” said xXLoneLoboXx. “Am I little mad? A little yes.” Fallout 76 doesn’t breed optimism in players so much as require it, though, and as with every other setback in the game, xXLoneLoboXx sees the potential silver lining. “But then I realized one thing,” they said. “This little town I’ve grown attached to, looted hundreds of times, lived at for 1100 hours, might finally become a town again.”

The US Federal Bureau of Investigation (FBI) and the Cyber ​​Security and Infrastructure Security Agency (CISA) have said in a statement that groups investigating...
Read more

Robinhood, the startup with a stock trading app valued upwards of at least $7.6 billion, suffered one of its worst outages on one of...
Read more