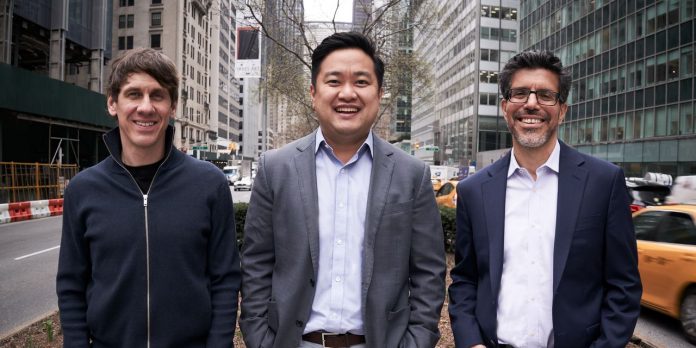 Foursquare Labs Inc. is merging with yet another location-focused startup, Factual Inc., in an all-stock deal, the companies said on Monday.

The financial terms of the deal weren’t disclosed. The announcement comes less than a year after Foursquare bought Placed, another purveyor of location data and software, from

Foursquare, which first gained fame for an app that allowed people to share their location with friends, pivoted in recent years to providing location data and software to businesses including marketers and ad agencies, helping them see how well their ads steered people to their stores and restaurants.

CMO Today delivers the most important news of the day for media and marketing professionals.

While the Placed deal improved Foursquare’s ability to gauge the effectiveness of ads by measuring foot traffic, the merger with Factual will build on its ad-targeting capabilities, executives said.

Factual’s location software helps marketers home in on customer segments, for instance, people who have visited certain car dealerships in the last 30 days. Factual or Foursquare’s data is already integrated into the digital advertising platforms of companies that include

Foursquare, which is based in New York, and Factual, based in Los Angeles, together generated more than $150 million in revenue last year, executives said. The combined company will operate as Foursquare Labs Inc.

Foursquare said it has made foot-traffic data available to local government response teams and public health officials to help them understand how people are behaving during the ongoing coronavirus crisis. Its tools allow the data to be filtered by different counties, states and days, Foursquare’s co-founder Dennis Crowley said in a blog post. A Foursquare spokeswoman emphasized that this user data will remain anonymous and won’t be used for “contact tracing” to identify the places people infected with the virus have visited.

As the outbreak of the novel coronavirus stalls entire industries, some marketers are pulling back on advertising spending. Foursquare and Factual declined to comment on the revenue impact of Covid-19, the disease caused by the virus. No roles will be eliminated as a result of the pandemic, the Foursquare spokeswoman said.

Foursquare had its first profitable quarter in the final period of last year on an earnings before interest, taxes, depreciation and amortization basis, the spokeswoman said. A Factual spokeswoman declined to say whether the company has turned a profit.

Foursquare’s tech and data has helped run features in apps from companies like Snap,

Uber uses Foursquare to display the name and location of venues in its app; Snap uses it to enable location-centric filters. Foursquare’s marketing clients include Taco Bell Corp. and

The combined company is hoping to take its business beyond its services to advertisers, the executives said. For instance, the two companies are already working with a mutual client to figure out how to use location technology to help customers order from the client’s app when they are near a store.

Following the completion of the merger, Foursquare will have more than 400 employees. The company expects to eliminate some jobs where there is overlap, but isn’t planning significant layoffs, Mr. Shim said.

Foursquare announced its purchase of Placed last May. Without saying how much it was paying, it simultaneously said it had raised $150 million in an investment round led by The Raine Group that would cover the cost of the deal and the company’s continued expansion. The Raine Group remains an active investor in Foursquare, Mr. Shim said.

Foursquare did say at the time that it and Placed had combined revenue of more than $100 million in the 12 months preceding the announcement.

“The mandate of the modern CMO [chief marketing officer] has grown beyond just advertising,” Mr. Elbaz said. “They’re now responsible for using tech to build one-to-one relationships with customers. Location data is going to be a big part of that.”

thought experiment used to demonstrate the impossibility of proving any truth

In epistemology, the Münchhausen trilemma is a thought experiment used to demonstrate the impossibility of proving any truth, even in the fields of logic and mathematics. If it is asked how any given proposition is known to be true, proof may be provided. Yet…
Read more

Or yet another rant about YAML In this post, I'll try to explain why I find most config formats frustrating to use and suggest that using a real programming language (i.e. general purpose one, like Python) is often a feasible and more pleasant alternative for writing configs. ¶1 Most modern config formats suck In this…
Read more

Marvell Cranks Up Cores And Clocks With “Triton” ThunderX3

Arm server chip upstart Ampere Computing made a big splash with its 80-core Quicksilver Altra processor two weeks ago, and Marvell, which is the volume leader in Arm server chips with its Vulcan ThunderX2 processors (largely inherited from its acquisition of …
Read more