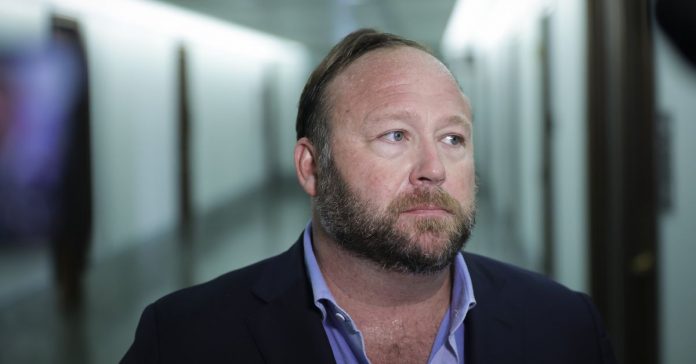 Google has banned the Infowars Android app from the Google Play store, the company confirmed to Wired on Friday. Google also confirmed the app’s removal to The Verge, and we couldn’t find the Infowars app in a search on the Play Store this evening.

The app was apparently removed because of a video posted by radio host and conspiracy theorist Alex Jones that, according to Wired, “disputed the need for social distancing, shelter in place, and quarantine efforts meant to slow the spread of the novel coronavirus.” Before it was removed, the app had more than 100,000 downloads, Wired reports.

“Now more than ever, combating misinformation on the Play Store is a top priority for the team,” a Google spokesperson said in a statement given to The Verge. “When we find apps that violate Play policy by distributing misleading or harmful information, we remove them from the store.” Infowars was not immediately available for comment.

Last week, Alex Jones was ordered by New York Attorney General Letitia James to stop selling Infowars products that were marketed as a treatment or cure for the coronavirus. “[Alex Jones’] latest mistruths are incredibly dangerous and pose a serious threat to the public health of New Yorkers and individuals across the nation,” James said in a statement.

Tech companies have also publicly committed to cracking down on coronavirus misinformation. Google has an “SOS Alert” in place for searches for COVID-19, the disease caused by the novel coronavirus, that points to resources from the CDC and local governments at the top of search results. And a group of companies that includes Facebook, Google, LinkedIn, Microsoft, Reddit, Twitter, and YouTube said they’re “jointly combating fraud and misinformation about the virus” in a statement issued on March 16th.

MUST READ  Telegram allows up to 2GB to send photos, videos

NASA Administrator Jim Bridenstine has been sharing regular updates about how his agency is approaching the rapidly changing global coronavirus pandemic situation. This week,...
Read more