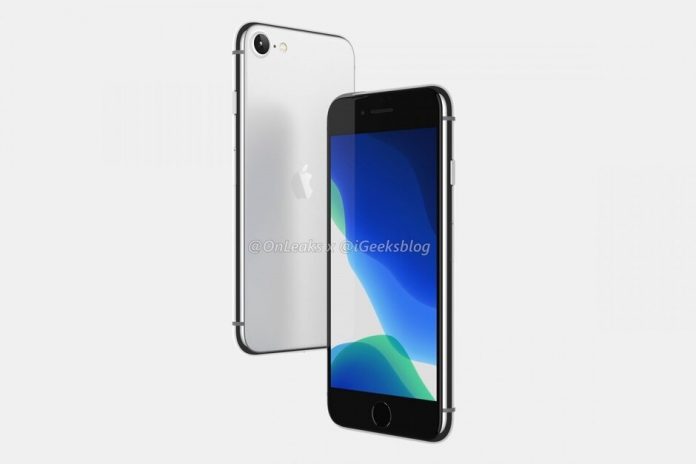 We feel confident that the device is going to be available soon, especially after a Best Buy employee

shared a photo of a new case for the 4.7-inch iPhone 2020 that was just received by the retailer. The

iPhone 6s Plus (4.7-inch and 5.5-inches respectively). In the same vein, the iPhone 9 will use the same body belonging to the

Hidden code found in iOS 13.4.5 beta reveal that the iPhone 9 will support CarKey

Compared to the latest models, the iPhone 9 might seem like an antique with its Touch ID fingerprint scanner, old school 16:9 aspect ratio, and smaller capacity battery. It also won’t be protected from water beyond light rain or a small splash. But priced at $399 for the 64GB model, it puts an iPhone into the hands of many consumers who need a new phone but might have some financial issues because of the coronavirus outbreak.

No, the iPhone 9 won’t support faster 5G connectivity, but thanks to strings of code

discovered by 9to5Mac in the just-released iOS 13.4.5 beta, the low-priced model will support CarKey. This is a feature rumored to be coming with iOS 14 that will allow iPhone users to remotely unlock and start up their car with their handset. CarKey is expected to be first offered on an upcoming BMW model. After all, the car manufacturer was the first to embrace CarPlay.

CarKey could use NFC or Apple’s UWB (ultra-wideband) chip to work. While code discovered last month seemed to indicate that the feature would only work with iPhone models sporting Face ID, the newly found code mentions CarKey being compatible with Touch ID. The code points out that CarKey can be used without biometric authentication if the phone has no battery life and can use Express Transit Card technology. This technology allows for the use of Apple Pay at a transit station without having to unlock the device. The code related to this article says that the Express Transit Card feature “may be available when your iPhone needs to be charged,” suggesting support for power reserve.

BMW was the first to offer Apple’s CarPlay

The bottom line is that the code indicates that there is a device with Touch ID that supports CarKey and Express Transit cards with power reserve. No iPhone ever introduced, not even the iPhone 8 series, has that combination. And that leaves just one possibility-the iPhone 9 is that phone which means that it supports CarKey. Another snippet of code reads, “Your device does not support Car Key” possibly indicating that older models will not be able to use it.

TF International analyst Ming-Chi Kuo previously forecast that Apple could sell 25 million to 30 million units of the iPhone 9 this year which could translate into an additional $12 billion of revenue for the company.