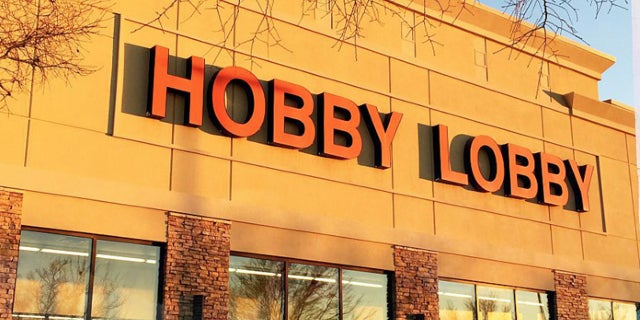 Despite previous claims from Hobby Lobby owner David Green that a “vision from God” told him and his wife to keep the chain open, stores are closing and the company might be making it worse. According to The Frontier, the Oklahoma-based business has closed its stores in the state and then turned around to cut employee pay due to the outbreak while also terminating at least 32 employees in Hobby Lobby’s art and creative department.

A letter sent out Friday to the affected employees noted that the layoff is permanent and encouraged them to seek unemployment benefits. They were also told that a company representative will stop by homes to deliver “personal belongings” and company badges or equipment.

In the last 48 hours, Hobby Lobby laid off hundreds (possibly thousands) of part-time workers & told 3,000+ warehouse workers they were cutting their pay by 10% immediately.

They’re expecting their workers to shoulder the full financial burden while they turn billions in profit. pic.twitter.com/YFYS5CqTFn

“It is with a tremendously broken heart that I’ve been forced to take these unimaginable actions, and I genuinely hope you know that my prayers are with you and your family,” Hobby Lobby Arts and Creative Vice President Darsee Lettin in the letter to terminated employees. “It has been such an honor having you on my Team. I truly and deeply appreciate your service to this Department and the Company, and wish you the very best as this calamity hopefully ends in the very near future.”

The closing of the stores in Oklahoma is not a decision by the company but more a response to the state’s orders shuttering all non-essential businesses. Several other states have seen stores close for similar reasons, including Texas, California, New York, and Maryland. The Frontier notes that stores have not closed in states like Minnesota, Arkansas, and Georgia.

This all stands at odds with the message sent by CEO David Green earlier in the week.

In her quiet prayer time this past week, the Lord put on Barbara’s heart three profound words to remind us that He’s in control. Guide, Guard and Groom. We serve a God who will Guide us through this storm, who will Guard us as we travel to places never seen before, and who, as a result of this experience, will Groom us to be better than we could have ever thought possible before now,” Green wrote in a letter to company employees. “While we do not know for certain what the future holds, or how long this disruption will last, we can all rest knowing God is in control.”

Green’s statement added that the company may have to “tighten our belts” but pressed on for managers to keep their stores open unless ordered to shutter.

Reactions to the decision and the later firings were not pleasant or kind.

They closed. Employees who have become COVID19 positive because of the dangerous decision to ignore CDC guidance should sue the company. Anyone in Oklahoma who can trace their COVID19 positive exposure to hobby lobby employees (with the exception of shopping there) should sue.

“So Hobby Lobby waits [till] yesterday to close, continually exposing employees and others because “it’s in the hands of God.” Today, they fire people by email. No severance. No insurance. Apparently, God doesn’t want the Greens to use their billions to help their laborers. Grace,” one user wrote on social media.

Turnip Prices In ‘Animal Crossing: New Horizons’: How To Play The Stalk Market