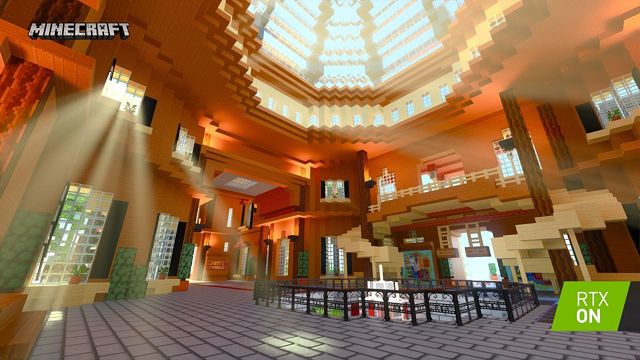 Everything you must know about how to get ray tracing in Minecraft through the RTX beta update on windows 10.

The Xbox Series X recently showcased its ray tracing capabilities through Minecraft of all games, but instead of just witnessing screenshots and videos PC players will soon be able to experience the graphical improvements firsthand thanks to Nvidia’s RTX beta for windows 10.

Ray tracing for Minecraft was announced back in 2019 but it’s only now that players will be able to experience graphical improvements such as hard and soft shadows, plus global illumination firsthand rather than just see them in screenshots which could be manipulated.

You can find out all you need to know about the RTX beta’s graphical improvements by clicking the link below, otherwise keep reading to discover how to install the beta so you can explore multiple ray tracing worlds.

How to get ray tracing in Minecraft

You must get access to the RTX beta on windows 10 in order to get ray tracing in Minecraft.

If you are not already part of a windows 10 beta for Minecraft, to get ray tracing you must install and open the Xbox Insider Hub app on PC.

Once you’ve done that, select the windows 10 beta and then click join. This should result in three radio buttons popping-up including RTX beta which is the option you want to select.

For those who are already in the Minecraft for windows 10 beta, you need to open the beta in Xbox Insider Hub and select Manage.

This should allow you to enroll onto the RTX beta in the management screen. Nvidia mention that you may need to uninstall and reinstall Minecraft to be able download the RTX beta. If this happens to be the case then it is highly recommended that you back up any and all worlds you wish to keep.

Provided you’re in the correct beta, you will then be able to get ray tracing in Minecraft by downloading free creator worlds from the Minecraft Marketplace.

You can find a list of the worlds down below:

The release date for ray tracing in Minecraft via the RTX beta is April 16th.

Nvidia’s RTX beta for Minecraft should become available at 10:00 PT and that’s when you’ll be able to experience the ray tracing graphical improvements firsthand.

However, before you gain access to the beta, you’ll first need to look over its system requirements.

Have something to tell us about this article?

LibraryThing Is Now Free to All

Starting today, LibraryThing is free to all! We’re dropping all membership fees and limits. Since opening in 2005, LibraryThing has charged a fee to catalog more than 200 books$10 per year, or $25 for a lifetime. We felt it was important to have customers, n…
Read more

Developer Respawn is trying to get people to play with Apex Legends' Bloodhound as the technological tracker is supposed to be played--a reconnaissance specialist. Update 4.1 is now live alongside the System Override Collection event, and the patch includes s…
Read more

How to Convert Word to PDF for Free

PDF is one of the most popular file formats, from government circulars to ebooks. We've already shown you how to convert PDF to Word,...
Read more