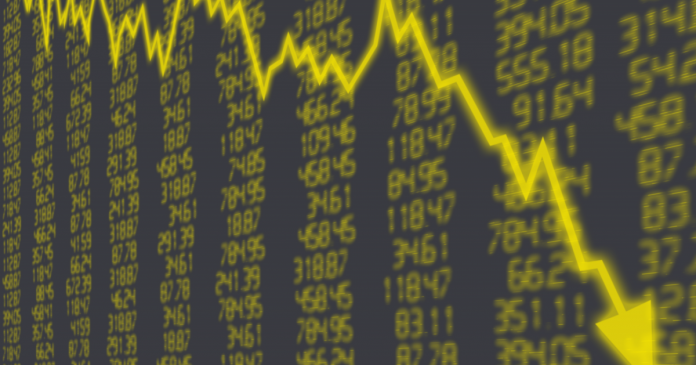 It’s February in the year 2001, and I am sick as a dog. I am a senior at Loyola University in Chicago, majoring in computer science; for my entire time here, everyone around me has looked forward to the well-paying jobs we would surely get when we graduated. A couple years ago, a good friend of mine dropped out to take one of those jobs. I wanted my degree, so I stuck it out —and now I’m also having to stick out a terrible stomach flu after eating from an unnamed national sandwich restaurant chain.

I decide to go to a job fair on campus, still feeling awful. I talk to an agtech company, which had sent a woman there to represent its needs for entry level programmers. I can detect in her voice that I won’t move forward with them; probably none of the people here will. The dot-com boom is already turning into a bust.

There are layoffs every week. All of the companies powered purely by potential but not by actual revenue — companies that had nevertheless snagged funding — are going out of business. As an almost-grad, I had wondered why anyone would hire me when there were going to be thousands of seasoned professionals to choose from instead. And, anyway, I still feel really sick, so I go home to lie in bed.

It’s May. I’m a new graduate in the wonderful field of computer science. I work in the computer lab at Loyola’s Crown Center for the Humanities, in what amounts to its basement. If people want to print something, it edges out from a computer behind a window counter, and I hand it to them from there. Sometimes, we play Age of Empires II on the LAN. I’m just glad I have something to do.

Sometimes, I spread out newspapers on my desk and survey the classifieds for jobs. Monster.com is relatively new, and Dice.com is basically the Monster specifically for tech jobs. I use them both. But it’s still a tough time for an entry level programmer to find work. No one returns my calls. At any rate, I am starting to think I need to use my network to land a job.

I do know someone who works at Loyola, whose husband works at a real estate company. They need a database programmer.

American Invsco isn’t Sun Microsystems, or IBM, or any of the cool places I thought I’d end up. But the company offers me a programming job, and it pays. I take it, feeling fortunate to find a job that makes use of the skills I learned in college.

I start on September 10th. When I arrive, they don’t have a computer ready for me, but they do give me a large office. I spend the rest of the day writing pseudocode on a legal notepad.

As I’m showering for my second day of work in one of the most terrible economies for technical talent, one of the World Trade Center’s towers is struck by an airplane. I’m scared; I don’t know what this means, but I don’t want to be late. I board the Red Line train from Loyola’s campus to Clark/Division, on the north side of downtown, where I take the short walk to my new office. My colleagues are talking about two airplanes now. My boss’ small, portable TV, which sits on a row of filing cabinets in the main pit, tells us about the Pentagon.

We are all terrified that the John Hancock building will fall on us. At noon, I decide to leave for home. No one told us to go — we just decided on our own when our time was up that day.

Things got better, of course. We were doing pretty well until 2008, when we weren’t doing so well. Then we did pretty well again. That’s the nature of life, isn’t it? It oscillates, like a sine wave, like the rise and fall of your chest as you breathe in and out.

I am, of course, eliding all of the terrible specifics of COVID-19. We’ve lost so many, and we’ll lose more. Our lives will change in ways we would not choose and that includes our economy, secondary though that may feel.

But we’ll also make it through. We must because, whether we choose it or not, this is our new reality.

Peter Evans is the CTO of Built In.

MUST READ  “Just walk out” technology by Amazon

Oribi brings its web analytics platform to the U.S.

Oribi, an Israeli startup promising to democratize web analytics, is now launching in the United States. While we’ve written about a wide range of new...
Read more

Somebody made DNS over Wikipedia, so I made the opposite (source): $ dig answer-to-life.wpodns.adtac.in txt -- snipped -- ;; ANSWER SECTION: answer-to-life.wpodns.adtac.in. 3599 IN TXT "The Hitchhiker's Guide to the Galaxy is a comic science fiction series created by Douglas Adams that has become popular among." -- snipped -- Dash-separate your search terms as a…
Read more

Realme TV price in India starts at Rs. 12,999 and this is one of the most affordable smart TVs available in India. Realme TV...
Read more