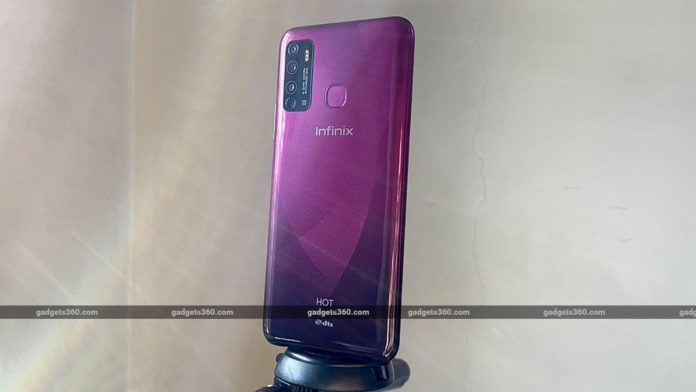 Budget smartphones usually don’t have the most modern designs and they all tend to look the same. It is safe to say that the latest trend in the mid-range takes about a year to trickle down to the budget category. As a result, you can see that most smartphones in the sub Rs. 10,000 segment sport dewdrop notches. Infinix is an exception here, since it already had the Infinix S5 and the Infinix S5 Lite in the market with hole-punch designs. The company hopes its products will stand out for being the first in their segments with such new features. The camera hole is in the top left corner of the screen.

The display on the Infinix Hot 9 measures 6.6 inches and sports an HD+ resolution. The panel is decent for the price, but the size isn’t the best for single-handed use. I found myself shuffling the phone in my hand to reach the notification shade. The display has decent viewing angles but brightness could have been better. The power and the volume buttons are easy to reach, and so is the rear-mounted fingerprint scanner. 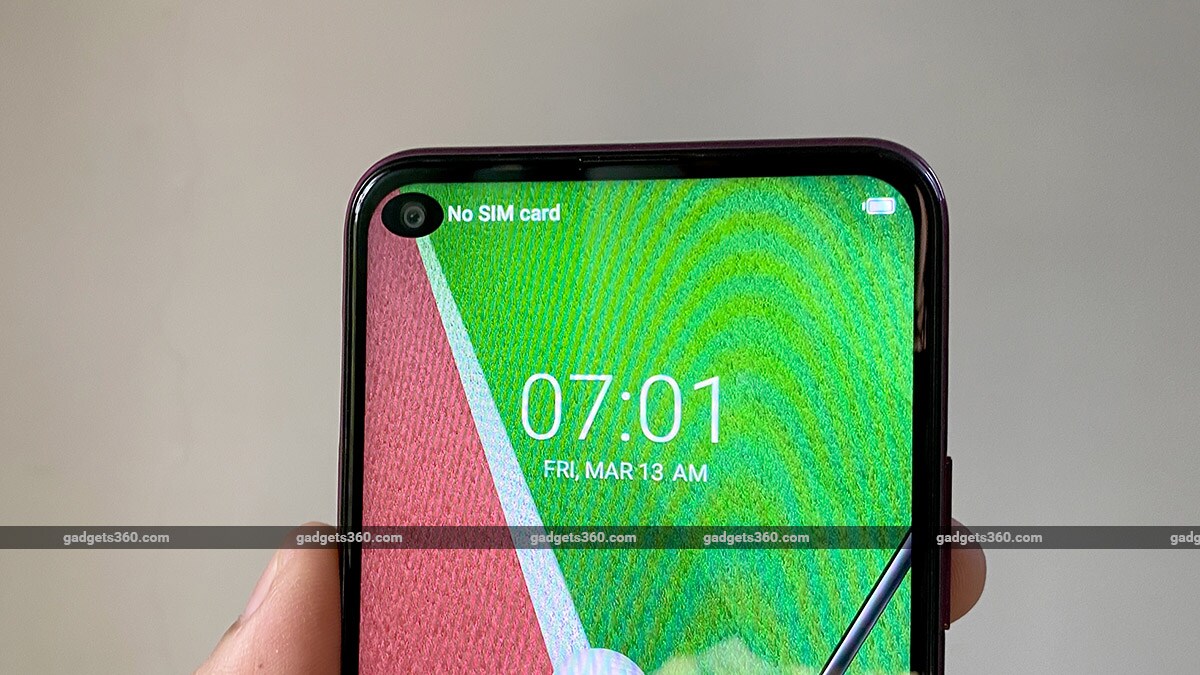 The Infinix Hot 9 has a hole-punch display

What I don’t like about the Infinix Hot 9 is the thick bezels all around the display, especially the chin. Interestingly, Infinix has managed to hide a selfie flash in the top bezel near the selfie camera. This is very hard to spot when it is off, but it also works at a low intensity as a notification LED. It can also be used as a flashlight along with the rear flash, which Infinix calls 360 Flash.

This phone is slightly, in part because of its 5,000mAh battery. At the back, the Infinix Hot 9 sports a quad-camera setup which is another highlight of this smartphone. The back is made out of plastic but it doesn’t feel as good as the Realme C3 (Review) I reviewed earlier this year.

Infinix has gone with a Micro-USB port on the device for charging, which is disappointing especially considering the fact that several budget phones now have USB Type-C ports. The company also ships a 10W charger in the box. The Hot 9 has a 3.5mm headphone jack at the bottom along with a loudspeaker grille.

The MediaTek Helio P22 SoC on the spec sheet caught my attention and not for good reasons. It is now a relatively old processor, and Infinix has used it on several of its budget smartphones including the Infinix S5 (Review), Infinix S5 Lite (Review), and Infinix Hot 8 (Review). I have long maintained that the Helio P22 is a decent processor but it is weak compared to what the competition is offering at this price. For someone using basic functions and messaging apps, the Helio P22 will be enough, but it will be an issue for heavy users and gamers.

The aging processor is paired with 4GB of RAM to help it with multitasking. There is 64GB of storage, which should be enough but is still expandable by up to 256GB using a microSD card. There are no RAM or storage variants of this device, but you can choose from four colour options, namely Quetzal Cyan, Midnight Black, Violet, and Ocean Wave.

You have two Nano-SIM slots and there is support for 4G LTE on both. There is also Bluetooth 5, Wi-Fi, FM, and the usual sensors. It runs the latest version of Android with XOS 6.0 on top

Infinix ships this phone with XOS 6 based on Android 10, and it was running the January security patch which is quite old. While the UI has a lot of customisations, you won’t have trouble finding your way around it. You get gesture navigation which lets you ditch the on-screen three-button navigation bar. There is a smart panel as well which gives you quick access to your favourite apps, plus quick controls for screenshots and screen recording.

This phone also has motion gestures and you swipe the screen with three fingers to capture screenshots easily. Infinix has also rolled out a few features around WhatApp in the Settings app, under the name Social Turbo. You can record WhatsApp calls, create stickers, and also save WhatsApp statuses easily. The phone also has a WhatsApp mode that only allows this one app to access data while all other traffic is blocked. This could help you stay in touch when your battery is running critically low. I found quite a few apps preinstalled on the device, including Instagram, Messenger, Facebook, XClub, Phone Master, AHA Games, Yo Party, PHX Browser, Palm Store, and a few games. The PHX Browser, Palm Store and XTheme apps sent us notifications once in a while. There is DTS Sound enhancement which did make a difference while using headphones, but it did not affect the loudspeaker.

The Hot 9 has a Game mode as well, which blocks incoming notifications and can reject incoming calls to prevent distractions. It also lets you remap the volume buttons as a trigger button for games. While this is something new, it isn’t very comfortable to use.

Infinix Hot 9 performance: Not so hot

I didn’t have high expectations of the Hot 9 in terms of performance. It is capable of handling basic usage but slowed down when I launched heavy games. Loading apps took are noticeably longer than usual. The 4GB of RAM helps with multitasking, but if an app is terminated in the background you will need to wait for the processor to load it up again. The fingerprint scanner is quick to unlock the smartphone and so is the face recognition feature. I found the display on the Infinix Hot 9 to be strictly average.

We ran benchmarks on the Infinix Hot 9 and the numbers were some of the lowest we have seen in 2020. In AnTuTu, the phone posted 103,405 points, and in PCMark Work, it posted 5,089 points. These are lower than the scores of the Realme C3, which I reviewed earlier this year. That phone, which is priced at around the same level, scored 192,187 and 8,573 in these tests respectively. Graphics performance isn’t strong either, and the Infinix Hot 9 scored 51fps and 25fps in GFXBench’s T-Rex and Manhattan 3.1 scenes respectively.

It still sports a dated microUSB port for charging

I wouldn’t recommend this device for gamers as it takes a long time to load popular titles such as PUBG Mobile. The graphics defaulted to Smooth with the frame rate at Medium, but I still noticed lag and stutter during gameplay. It won’t be satisfying to play games on this device. However, I did play the game for close to 20 minutes and it barely got warm to the touch.

The Infinix Hot 9 managed to score well in our HD video loop battery life test, going on for 20 hours and 50 minutes. The Helio P22 SoC is known for its efficiency, and the low brightness of the screen also helped it post the higher number. Charging is a pain as the 10W charger takes easily over two hours to fill the battery completely. Charging it for 30 minutes only got me to 21 percent.

The Hot 9 packs in a quad-camera setup at the back, with of a 13-megapixel primary sensor, a 2-megapixel macro camera, a 2-megapixel depth sensor, and a low-light sensor. For selfies, it has an 8-megapixel front camera. The camera UI is very basic and easy to use. The default camera mode is AI Cam, which uses the primary 13-megapixel camera. There’s a quick toggle to switch to the macro camera. Other shooting modes on the Infinix Hot 9 include Beauty, Bokeh, AR shot, Panorama, and Video. There is no dedicated night mode and the phone relies on AI to toggle between the 13-megapixel primary camera and the low-light sensor. The quad-camera setup has a dedicated low-light sensor

In daylight, the Hot 9’s shots were below average, and it could only manage decent details on objects close to the camera. It does not do a very good job at metering light and tends to overexpose the sky in a few shots. For closeups, I noticed that the Hot 9 would take some time to lock focus, and the output was not as sharp as I would have liked. Bokeh mode lets you set the level of blur before taking a shot. I took a few photos in this mode. The edge detection wasn’t great and the blurring was inconsistent. The output from the macro camera is also not as sharp as I would have liked, and the details are strictly average. In low light, the phone manages to keep noise under control but grain is visible on the output on zooming in. Photos aren’t sharp, and objects at a distance have quite weak detail. Since there is no Night mode, you’ll have to rely on the AI to figure it all out, which it doesn’t. Selfies are decent but the colour tone was slightly off in daylight. In low light, selfies are not sharp but do have decent details, and the flash is handy. 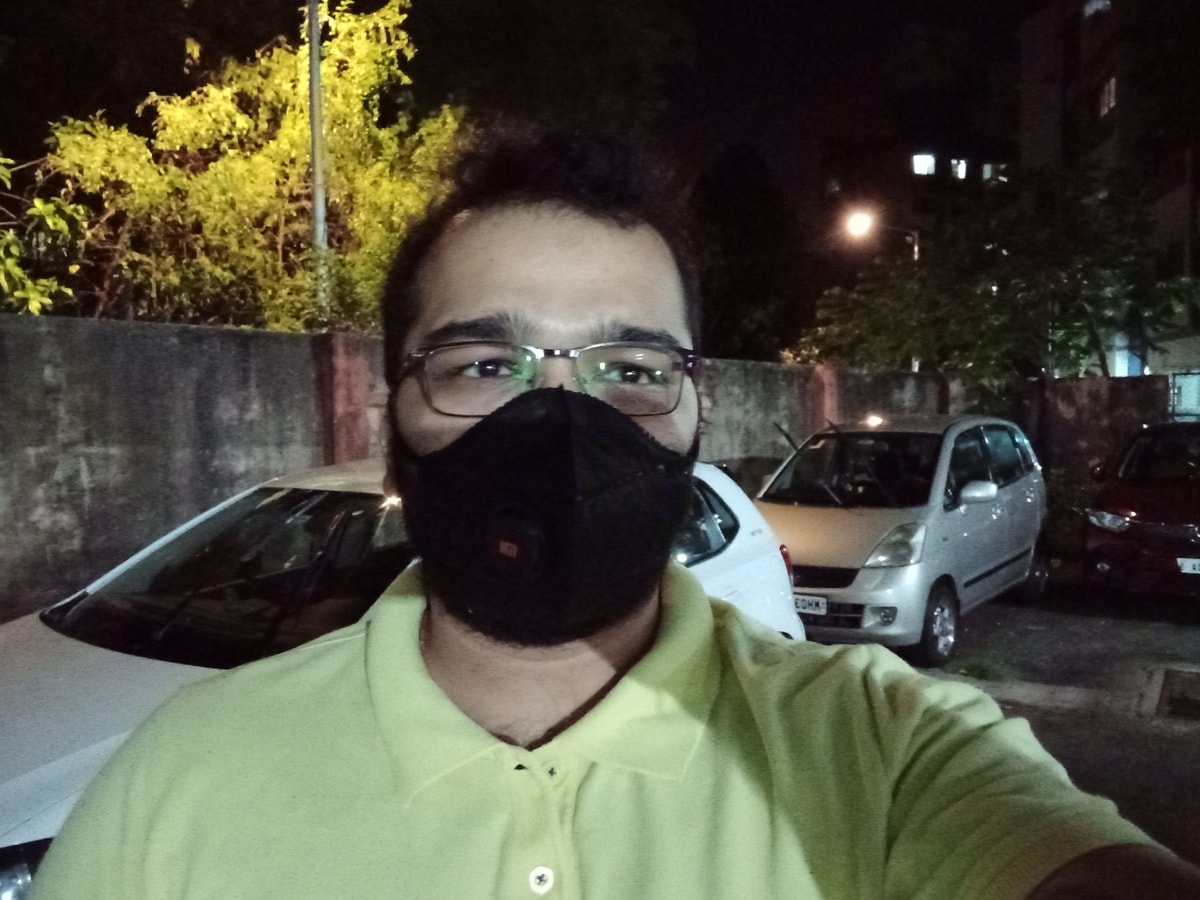 Video recording maxes out at 1080p but this phone lacks any kind of stabilisation. This results in shaky footage. Low-light video quality is below average as well, and the lack of stabilisation could render video useless.

You can’t claim to be a flagship phone in 2020 without having a high-refresh-rate display, and a new benchmark has now been set. RedMagic, a sub-brand of ZTE sub-brand Nubia, is putting its latest gaming phone up for global pre-order today, making the RedMagic 5G the first phone you’ll be able to buy with a…
Read more

‘The Last of Us Part II’ Is Being Delayed Indefinitely

Hello, and welcome once again to Replay, WIRED's rundown of all of the week's biggest videogame news. We took a brief hiatus last week, but we're back at it again for all socially distanced game news we could find.The Last of Us Part II Is Delayed Indefinitely, Says SonyThe Last of Us Part II, originally…
Read more

Following our latest findings on iOS 14, 9to5Mac has now found evidence that Apple is working to provide more details about its retail stores on Apple Maps. We’re also expecting the ability to set custom wallpapers on CarPlay for the first time. Apple Maps i…
Read more