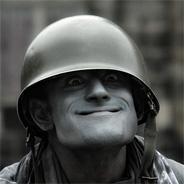 SpicyPass is a light-weight password manager that utilizes state of the art cryptography and minimalist design principles for secure and simple password storage.

On Unix-like systems you will also need cmake (version >= 3.10) and pkg-config. To compile, you will need either gcc (version >= 7.0) or clang (version >= 5.0). Other modern C++ compilers will probably work but are not officially supported.

Once you have all the dependencies installed on your system, clone this repository and navigate to its base directory. Execute the following commands:

Windows is presently in an experimental stage and only has support for the command line interface. The CMake configuration does not currently support Windows, and only static builds of libsodium work. Building natively with Microsoft© Visual Studio™ is straight-forward. Just be sure to set the appropriate libsodium headers and static libraries, and set the language standard to C++17.

There is no uninstall command. However you can manually uninstall SpicyPass by deleting all of the files listed in the install_manifest.txt file, which resides in the _build directory.

All cryptography functions are supplied by the open source libsodium library.

On first run, a 256-bit secret key is derived from a master password along with a randomly generated 128-bit salt using the Argon2id v1.3 hash algorithm. This algorithm was designed to resist brute force and side-channel attacks. All subsequent logins will require the master password.

Data is encrypted with the XChaCha20 symmetric cipher and authenticated with the Poly1305 message authentication code. When combined, these algorithms ensure both the security and integrity of the pass store file contents.

All sensitive data, including passwords and private keys, are only held in memory when necessary. When SpicyPass is closed, all sensitive data is securely wiped from memory. If SpicyPass is left running idle, all sensitive data is securely wiped from memory, and the user will be prompted for their master password in order to continue their session. These features ensure that if intruders get access to your device they will be unable to access your information through a running session or by inspecting the device’s memory.

All program data is stored in a single file named .spicypass. On Unix-like systems this file is located in the $HOME directory. On Windows it’s located in $HOMEPATH. A plaintext header comprised of the hash of the master password and its associated salt is placed at the beginning of the file. This header does not need to be kept secret. However, if it is lost or corrupted (or if you forget the master password) all of your passwords will be lost in time, like tears in the rain. IT IS CRITICALLY IMPORTANT TO BACK THIS FILE UP REGULARLY.

On Windows systems spicypass has only been tested with cmd.exe. Other terminal emulators may be buggy or not work at all.

Zoom Grapples With Security Flaws That Sour Users on App

(Bloomberg) -- During the coronavirus pandemic, it seems as if everyone is connecting with Zoom’s videoconferencing app -- including, on occasion, unwanted visitors.Online trolls have been sneaking into web meetings and disrupting them with profanities and pornography for at least the better part of the last month. Cybersecurity researchers fear these disruptions could be a…
Read more

Introduction: This is Hierarchical Threshold Signature Scheme (HTSS) worked by AMIS. Comparing to Threshold Signature Scheme (TSS), shares in this scheme are allowed to have different ranks. The main merit of HTSS is vertical access control such that it has "partial accountability”. Although TSS achieves joint control to disperse risk among the participants, the level…
Read more