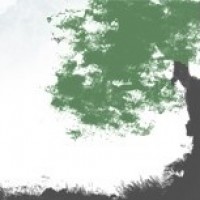 I was greatly saddened to learn that John Conway died yesterday from COVID-19, aged 82.

My own mathematical areas of expertise are somewhat far from Conway’s; I have played for instance with finite simple groups on occasion, but have not studied his work on moonshine and the monster group.  But I have certainly encountered his results every so often in surprising contexts; most recently, when working on the Collatz conjecture, I looked into Conway’s wonderfully preposterous FRACTRAN language, which can encode any Turing machine as an iteration of a Collatz-type map, showing in particular that there are generalisations of the Collatz conjecture that are undecidable in axiomatic frameworks such as ZFC.  [EDIT: also, my belief that the Navier-Stokes equations admit solutions that blow up in finite time is also highly influenced by the ability of Conway’s game of life to generate self-replicating “von Neumann machines“.]

I first met John as an incoming graduate student in Princeton in 1992; indeed, a talk he gave, on “Extreme proofs” (proofs that are in some sense “extreme points” in the “convex hull” of all proofs of a given result), may well have been the first research-level talk I ever attended, and one that set a high standard for all the subsequent talks I went to, with Conway’s ability to tease out deep and interesting mathematics from seemingly frivolous questions making a particular impact on me.  (Some version of this talk eventually became this paper of Conway and Shipman many years later.)

Conway was fond of hanging out in the Princeton graduate lounge at the time of my studies there, often tinkering with some game or device, and often enlisting any nearby graduate students to assist him with some experiment or other.  I have a vague memory of being drafted into holding various lengths of cloth with several other students in order to compute some element of a braid group; on another occasion he challenged me to a board game he recently invented (now known as “Phutball“) with Elwyn Berlekamp and Richard Guy (who, by sad coincidence, both also passed away in the last 12 months).  I still remember being repeatedly obliterated in that game, which was a healthy and needed lesson in humility for me (and several of my fellow graduate students) at the time.  I also recall Conway spending several weeks trying to construct a strange periscope-type device to try to help him visualize four-dimensional objects by giving his eyes vertical parallax in addition to the usual horizontal parallax, although he later told me that the only thing the device made him experience was a headache.

About ten years ago we ran into each other at some large mathematics conference, and lacking any other plans, we had a pleasant dinner together at the conference hotel.  We talked a little bit of math, but mostly the conversation was philosophical.  I regrettably do not remember precisely what we discussed, but it was very refreshing and stimulating to have an extremely frank and heartfelt interaction with someone with Conway’s level of insight and intellectual clarity.

Conway was arguably an extreme point in the convex hull of all mathematicians.  He will very much be missed.