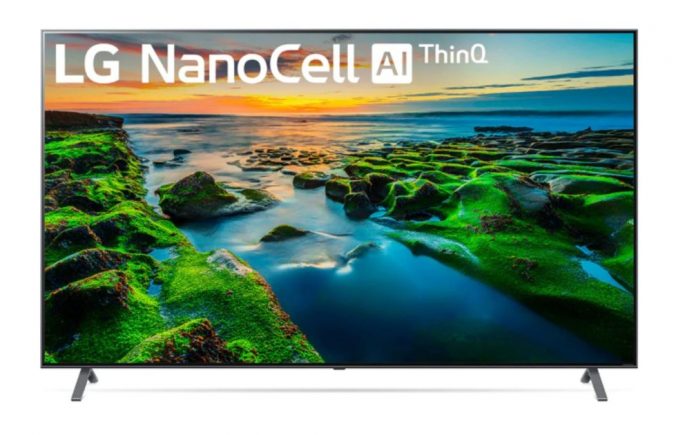 One step down, there’s the NanoCell 85 series. The base 49-inch model is available today for $649. Later this month and in May, the 65-inch and 55-inch models will make their way to stores. They’ll set you back $1,199 and $849, respectively. LG hasn’t announced a price yet for the flagship 75-inch model, though you’ll be able to pick it up in September. Both the 90 and 85 series TVs include support for AMD’s variable refresh rate FreeSync technology and come with an auto low-latency mode built-in. On paper, at least, that should make them decent for gaming.

If all you want is a relatively affordable TV from a brand name, then the NanoCell 81 series may do the trick. It consists of 65-inch and 55-inch models that will cost $899 and $599. The 65-inch model will be available this month, with the 55-inch variant coming out in May. Going for the more affordable TVs, you miss out on LG’s third-generation a7 processor, which the company includes in both its NanoCell 90 and NanoCell 85 TVs. That said, you still get support for Dolby Vision, HDR10 and HLG, as well as Dolby Atmos.

However, the highlight of LG’s new LCD lineup consists of two 8K sets: a 75-inch ($4,999) model that will be available in May and a 65-inch ($3,499) set that comes out in June. The NanoCell 99 series TVs share the same third-generation a9 AI processor as LG’s OLED TVs. Black levels won’t be the equal of the company’s OLED lineup, but the two models are significantly cheaper and you won’t have to worry about burn-in as much.

As with most annual TV refreshes, if you recently bought a TV, there’s little reason to regret your decision. There aren’t a lot of significant improvements to be found in LG’s 2020 LCD lineup. That said, if you’re in the market for a new TV, all of the company’s latest LCD models look like decent options, though it’s probably best to wait for a price drop.

All products recommended by Engadget are selected by our editorial team, independent of our parent company. Some of our stories include affiliate links. If you buy something through one of these links, we may earn an affiliate commission.

Todays Nice Price or Crack Pipe Cayenne represents a car dismissed by some for the dilution it brought to the Porsche brand. There are others, however, who dont mind its mad mix of speed and sitting up high. Lets see if this red rockets price is something abo…
Read more

Stages of denial in encountering K

Publish date: Apr 6, 2020 Table of contents Executive summary (TLDR) A very brief introduction to the TURN protocol Introduction to TURN in the WebRTC infrastructure context How Slack uses TURN What we found when testing Slack’s TURN servers Our methodology for testing for open TURN relay abuse How to fix an open TURN relay…
Read more