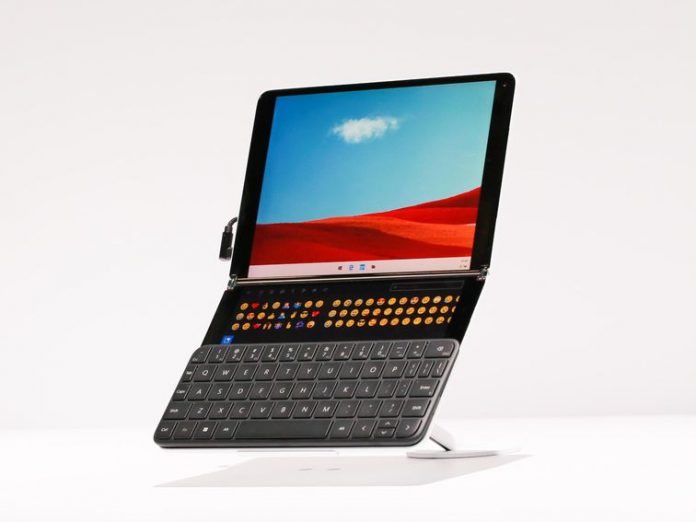 Microsoft reportedly won’t release its Surface Neo this year — a dual-screen tablet with a magnetically attachable keyboard that was slated to come out for the 2020 holiday season. Teams at Microsoft were informed internally on Wednesday that the company wouldn’t deliver the device this year, according to a report from CNET sister site ZDNet.

The Surface Neo was expected to be an important product for Microsoft, bringing Windows 10X — an updated version of the Windows 10 operating system optimized for dual-screen devices — to users for the first time. Of course, in a market quickly filling with foldable, bendable and rollable screens, a dual-screen device might not seem like the most innovative product around. But this decision represents yet another delay due in part, it seems, to the ongoing coronavirus pandemic.

Stay in the know. Get the latest tech stories from CNET News every weekday.

While the ZDNet report says, “Microsoft also won’t be enabling third-party dual-screen Windows devices to ship with 10X” this year, it doesn’t appear to rule out the release of the Surface Duo, Microsoft’s dual-screen Android phone, which was announced at the same Surface launch event in October.

Microsoft didn’t immediately respond to a request for comment.

Surface Neo and Surface Duo: Up close with Microsoft’s…

Doom Eternal is one hell of a first person shooter but to really challenge myself I ended up using a 20 year old trackball-based Razer Boomslang gaming mouse. The results were....interesting. Buy items in this video from Amazon at the links below: Razer De…
Read more