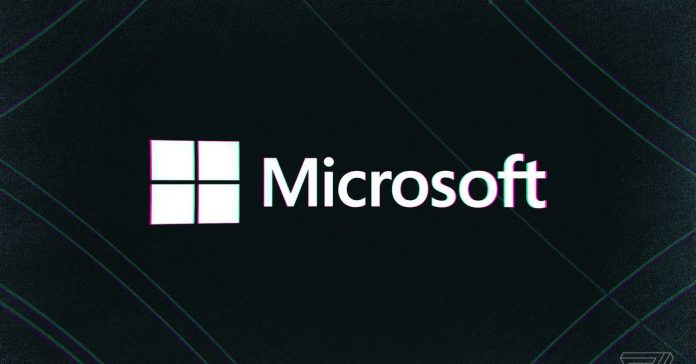 Microsoft says it will no longer invest in third-party facial recognition companies following a controversy around its funding of Israeli startup AnyVision, which critics and human rights activists say powered a surveillance program in the West Bank following an NBC News report about the company’s relationship with the Israeli government.

Microsoft now says an independent investigation led by former US Attorney General Eric Holder and his team at international law firm Covington & Burling found that “AnyVision’s technology has not previously and does not currently power a mass surveillance program in the West Bank that has been alleged in media reports.” Had it done so, Microsoft says it would have constituted a breach of the finance portfolio’s pledge on ethical facial recognition use.

Regardless, Microsoft says it is divesting from AnyVision and will no longer make minority investments in any facial recognition firms. “For Microsoft, the audit process reinforced the challenges of being a minority investor in a company that sells sensitive technology, since such investments do not generally allow for the level of oversight or control that Microsoft exercises over the use of its own technology,” reads an announcement on the website of the company’s M12 venture arm.

“By making a global change to its investment policies to end minority investments in companies that sell facial recognition technology, Microsoft’s focus has shifted to commercial relationships that afford Microsoft greater oversight and control over the use of sensitive technologies,” the announcement goes on to say.

While Microsoft is stepping away from funding facial recognition firms, it does still have a facial recognition technology of its own through its Azure cloud computing platform. The Face API, as it’s called, allows any developer to “embed facial recognition into your apps for a seamless and highly secured user experience.” However, the company’s chief legal officer, Brad Smith, said last year that Microsoft would never sell facial recognition for surveillance purposes, and Smith has gone on the record saying it’s denied law enforcement access to the technology over concerns it would contribute to civil and human rights abuses.

It’s unclear if Microsoft’s new investment stance means it can still acquire facial recognition firms or whether it is making any adjustments to its own use of internal facial recognition software as a result of the change in direction. Microsoft was not immediately available for comment.

Facial recognition, specifically the variety of technology powered by advanced machine learning and other artificial intelligence tools, has come under a spotlight in recent years. At the same time, concern grows among politicians and activists that it could be used by law enforcement and governments to surveil citizens without their consent and in ways that violate privacy and human rights laws.

In January, Facebook was hit with a $550 million fine as part of a settlement for a class-action lawsuit over its use of facial recognition without clear opt-in provisions for users of its social networking products. Tech leaders like Google CEO Sundar Pichai, who helped oversee the formation of the company’s AI ethics principles in 2018, has said a temporary ban on the technology might be warranted in response to the European Union’s ongoing efforts to more aggressively regulate it.

One notable provider, Clearview AI, has found itself at the center of the growing controversy around the tech, as its database of billions of photos scraped largely from social media sites is already in use by thousands of private companies and law enforcement agencies. As a result of the Clearview story, more attention is now being paid to lesser-known facial recognition firms, and especially whether they have deals with local law enforcement groups or under-the-radar relationships with big tech firms.

Screenshot: Off Road Racer (YouTube)Truck YeahThe trucks are good!Racing in the desert really does feel like some kind of mythical battle. Masses of metal clang and bang, leather and rubber stretch and sway. Oil and blood mix on the hands of people hard at work. This new “Race Motion” video series captures that in cinematic…
Read more

Many of you works on your PC for a long and at that it looks quite difficult to pickup android and read out every...
Read more