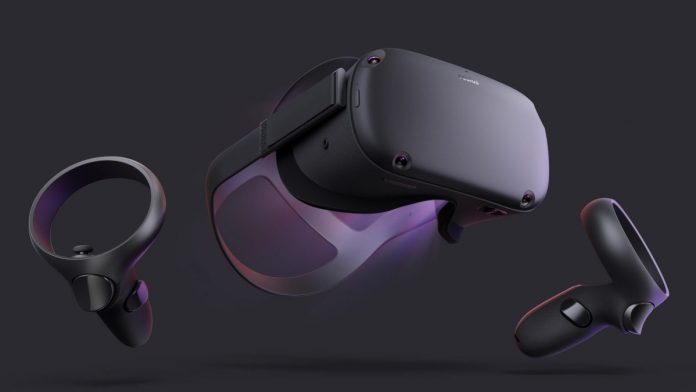 Being a standalone headset, the Oculus Quest has a limited battery life. But if you’re savvy, there’s a few ways to minimize the drain and extend you battery life a little bit further.

Released last year, the Oculus Quest has been one of the bigger success stories from Facebook’s VR department. With more and more people picking up Quest, you might want a few tips on how to preserve the battery life as much as possible, whether you’re a new user or an owner from day one.

The Oculus Quest comes with an “auto-wake” feature that’s “on” by default. This means that the Quest will detect when it is picked up and turn on automatically, so it’s ready to go as soon as you put on the headset. While this can be useful, it also means you can drain the Quest’s battery just by moving it around. For example, if auto-wake is on and your Quest is in a backpack or carrying case, it might think someone is picking up the headset and turn on sporadically. There’s a  proximity sensor in the center of the headset, above the lenses, that also has to also fire by detecting something to trigger auto-wake, but in our experience that sensor is fairly sensitive and easily activated by mistake.

To avoid this, turn off auto-wake by going to Settings in the navigation bar, then pressing See All. In the Device tab, there’s a Power sub-menu. In there, you’ll be able to turn off auto-wake. Note that this changes the way the headset operates and you’ll have to press the side button to wake it up when you put it on your head.

In a similar vein to auto-wake, the Quest’s “auto-sleep” setting can be adjusted to a smaller interval in order to preserve battery life. By setting Auto-Sleep to 3 minutes, or perhaps even lower, you can minimize the time your Quest spends idling if you take it off and forget to put it into standby.

You can find the auto-sleep option in the same area as auto-wake. Go to Settings, See All and then into the Device tab. Under the Power sub-menu, there’s an option to adjust the auto-sleep to your liking.

This one may seem obvious, but the easiest way to manage your Quest battery is to plug it in every single time you take it off. It may seem like overkill, but it’s an easy thing to forget and the Quest battery only lasts 3 or fewer hours (depending on use, as your mileage may vary). Plugging it in consistently between short sessions will mean you don’t wind up with a disappointing low or dead battery symbol next time.

Turn off Wi-Fi between long sessions

This tip is a common one with many electronics, and some people might argue that the benefits are negligible or hard to measure, but turning Wi-Fi off can potentially stretch your battery a bit further. With Wi-Fi off, it’s one less connection that the Quest has to maintain and even if it only saves you a few extra percent of playing time, it might be worth it.

If you’re not planning on using the Internet, you could turn off Wi-Fi during your normal VR sessions. However, if you’re not able to charge your Quest between sessions, turning the Wi-Fi off will also ensure you preserve as much battery as possible. Just be aware that while this will save battery, turning off Wi-Fi will also mean the Quest is unable to download updates and auto-install them in the background.

When you take your Quest off, it won’t immediately turn off straight away. Depending on how you’ve set your auto-sleep setting (as mentioned earlier), it will idle for a set period of time before going into standby mode.

To save as much battery as possible, get into the habit of hitting the right power button immediately after taking off your headset. This ensures your Quest goes straight into standby and doesn’t waste any battery life idling away for a bit.

In a similar vein to turning off the Wi-Fi, if you know you’re not going to use the Quest for a while and want to preserve the battery as much as possible between charges, turn the Quest off completely. You can do this by long-holding the power button on the right of the headset and selecting Shut Down, which will properly shutdown the Quest instead of going into standby mode.

The VR Power is a custom-designed battery pack for the Oculus Quest that acts as both a counter-weight and a battery pack at the same time. It attaches on to the back of the headset via the strap, which we found significantly improved the comfort of the headset while also wildly extending the headset’s battery life and playtime.

If you want to play for an extended period of time, we highly recommend that you consider using the VR Power or a similar battery pack.

CIA operation to exploit a Soviet Arctic base

Project COLDFEET was a 1962 Central Intelligence Agency (CIA) operation to extract intelligence from an abandoned SovietArcticdrifting ice station. Due to the nature of its abandonment as the result of unstable ice, the retrieval of the operatives used the Fu…
Read more

Twitter orders all employees worldwide to work from home

Strong encouragement has now become an instruction Illustration by Alex Castro / The Verge All Twitter employees must work from home until further notice in order to help slow the spread of COVID-19, the company announced today. Twitter had already strongly…
Read more

It has only been five years since Jeff wrote on this blog about the launch of the Amazon Elastic Container Service. I remember reading that post and thinking how exotic and unusual containers sounded. Fast forward just five years, and containers are an everyday part of most developers lives, but whilst customers are increasingly adopting…
Read more