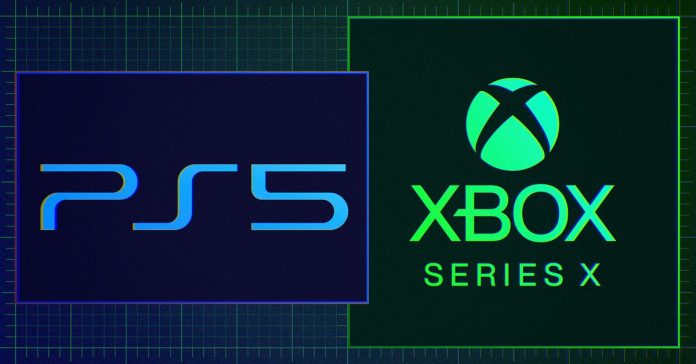 We finally know what Microsoft and Sony are bringing to the table inside their next-generation consoles, the Xbox Series X and the PlayStation 5. Earlier this month — during what would have been the week of the 2020 Game Developers Conference, if not for the coronavirus — both companies laid out the full hardware specifications of their respective systems.

Now that the specs are available, it’s possible to see how the PS5 and Xbox Series X stack up against each other — as far as the raw numbers go, at least. The numbers provide a window into each company’s particular approach, but as has been proven in console generation after console generation, they only tell part of the story. There is still much to be revealed about Sony and Microsoft’s respective next-gen plans, including what is arguably the most important element: the games.

For now, though, let’s dive in and compare the Xbox Series X and the PS5.

We’ve put together a table comparing the key hardware components of the two consoles, and we’ll be updating it as the companies reveal more details (the PS5’s port array, for instance) between now and the consoles’ launches, which are both scheduled for holiday 2020.

Note 1: The PS5’s CPU and GPU both run at a variable frequency — hence, “up to.” Note 2: SMT stands for “simultaneous multithreading,” the generic name for the feature you may know as “hyper-threading” on Intel CPUs. Note 3: CU stands for “compute unit,” AMD’s term for the smallest functional component of its GPUs.

Is the Xbox Series X or PS5 more powerful?

From what we now know about the consoles’ hardware specifications, it seems that at a top level — on paper — the Xbox Series X is more powerful than the PlayStation 5. But as you might expect … it’s complicated.

Sony and Microsoft are each using a custom GPU from AMD based on the company’s RDNA 2 architecture, but the specifics make for a major difference between the two consoles. The next-gen Xbox has a GPU performance advantage of more than 18% over the next-gen PlayStation — 12.155 teraflops for the Xbox Series X versus 10.28 teraflops for the PS5. (A “teraflop” is the standard measure of graphics performance, in terms of a GPU’s ability to do a lot of math quickly: One teraflop is 1 trillion floating-point operations per second.)

It’s worth noting that the PS5 figure refers to peak performance: Sony went with a variable-frequency GPU, with clock speeds capped at 2.23 GHz for its 36 compute units, so the system will not always operate at that maximum frequency. (Lead system architect Mark Cerny did note in his presentation about the PS5 hardware that Sony expects the GPU to “spend most of its time at, or close to, that frequency and performance.”) Meanwhile, Microsoft opted for a constant level of performance from 52 compute units clocked at 1.825 GHz.

For its part, Sony believes that its variable-frequency approach will pay dividends for PS5 developers (and by extension, players). Cerny suggested that the strategy was informed partly by issues with fan noise on the PlayStation 4 and PlayStation 4 Pro, where power consumption — and thus, the volume of the fans — varied significantly from game to game. Instead of that setup, the PS5 will supply a certain amount of constant power, with the console’s cooling solution designed specifically to support that particular power level, and let the frequency of the CPU and GPU vary depending on the workload. This allowed Sony to raise the GPU speed well above 2 GHz, which is unusually high.

“Also, it’s easier to fully use 36 CUs in parallel than it is to fully use 48 CUs,” said Cerny during the presentation, speaking of the PS5 GPU and a hypothetical larger one. “When triangles are small, it’s much harder to fill all those CUs with useful work.” In other words, Sony is betting that the PS5 GPU’s high clock-speed cap will be more developer-friendly than the Xbox Series X GPU’s ability to spread computation across more CUs — despite the PS5’s lower overall performance capacity in teraflops.

Each next-gen console contains a custom eight-core CPU based on AMD’s Zen 2 architecture, and the Xbox Series X also has an edge over the PS5 in this category, albeit a much smaller one. Microsoft chose a CPU that runs at a locked 3.8 GHz when simultaneous multithreading (SMT) is disabled, and at 3.6 GHz with SMT enabled across the eight physical cores and 16 threads. As with its GPU, Sony opted for a variable-frequency CPU, settling on a maximum clock speed of 3.5 GHz with SMT always enabled.

Microsoft expects most developers making Xbox Series X launch titles to leave SMT disabled and simply program for the seven physical cores that are available to games. “For them to go wider, for them to go to 14 hardware threads, it means that they have the system to do it, but then, you have to have workloads that split even more effectively across them,” said Xbox system architect Andrew Goosen in an interview with Digital Foundry.

Goosen was referring to the fact that the majority of video games these days don’t take advantage of multithreading. While SMT can offer significant performance benefits, it requires more effort to optimize for it. So it makes sense that developers early in the Xbox Series X’s life cycle — especially those trying to get games finished for launch — would find the extra 200 MHz of single-thread CPU clock speed more immediately valuable.

The PS5 may fall short of the Xbox Series X on CPU and GPU power, but Sony appears to have a trump card in the form of its unique storage solution.

The designers of both next-gen consoles have spoken about a fast solid-state drive being perhaps the top request from game makers. Slow storage access speeds have long been a bottleneck for developers, especially those building massive open-world games, where the ability to quickly load assets from storage into system memory is vital.

Microsoft’s solution is a system dubbed the Xbox Velocity Architecture, through which the game installation on the Xbox Series X’s 1 TB NVMe SSD functions as an extension of the system RAM — “allowing 100 GB of game assets to be instantly accessible by the developer,” according to an Xbox Wire article. This setup produces read speeds from the SSD of 2.4 GB per second of raw data and 4.8 GB/s of compressed data bandwidth, which “effectively eliminates loading times,” according to Microsoft.

Sony was also on a mission to deliver instant loading with the PS5. That goal led the company to design a storage interface with a data throughput of 5.5 GB/s (raw) and 8-9 GB/s (compressed) — more than twice the read speeds of the Xbox Series X — for the console’s 825 GB SSD. While makers of multiplatform titles may develop for the lowest common denominator, this gap between the two consoles could pay huge dividends for PS5-exclusive games.

In particular, these SSD speeds could give developers an unprecedented level of freedom to build expansive, finely detailed virtual worlds — without the workarounds they’ve traditionally had to rely on. Cerny started with the example of 2003’s Jak 2, saying that the game’s hub world was designed with “twisty passages” so the PlayStation 2 had time to load sections of the city, and he noted that “not much has changed since then [in level design].”

Shifting to Sony’s PS5 design philosophy, Cerny said, “What if the SSD is so fast that as the player is turning around, it’s possible to load the textures for everything behind the player in that split second? If you figure that it takes half a second to turn, that’s 4 gigabytes of compressed data you can load.” These SSD speeds are two orders of magnitude faster than read speeds of hard drives in current-gen consoles.

The next-gen systems also differ in how they handle expandable storage. Both consoles support USB external hard drives, but not for running PS5 or Xbox Series X games, which will require solid-state storage with the same speeds as the internal SSD. Instead, USB drives can be used for backing up PS5 or Xbox Series X titles, and for running previous-generation games via backward compatibility.

Microsoft will offer a proprietary 1 TB NVMe SSD in the form of a memory card-like device that goes into a slot on the back of the Xbox Series X. Sony opted for a more open solution, allowing PS5 owners to buy off-the-shelf NVMe SSDs of any capacity — as long as they meet the company’s certification program, to ensure compatibility — and put them in the console’s expansion bay. Neither option is likely to be cheap.

What do the PS5 and Xbox Series X specs mean?

To truly understand what the PS5 and Xbox Series X hardware can do, we’ll have to wait until some time after the consoles are released. But it is possible, perhaps likely, that the next generation will represent an inversion of the current-generation situation.

Over the past six-plus years, non-Pro models of the PS4 have generally outperformed the Xbox One and Xbox One S. For instance, many multiplatform games run at native 1080p on PS4 and upscale from a lower resolution, like 900p, on Xbox One. This time around, Microsoft is already saying that it may be able to get Gears 5’s multiplayer component to run at 120 frames per second on Xbox Series X. We haven’t yet seen or heard about similar real-world use cases from Sony, aside from a tech demo of load times.

Horsepower doesn’t mean everything, though. As we saw in the current generation, Sony was able to build a lead in console sales largely because of the PS4’s initial price — it was $100 cheaper than the Xbox One at launch — and its stable of exclusive games and content. Since then, Microsoft has worked hard to catch up with offerings like Xbox Game Pass; the company seems to be building on that approach for the Xbox Series X, with features such as Smart Delivery for free upgrades of cross-gen games.

In other words, the numbers matter, but they aren’t the be-all and end-all — just look at Nintendo, which continued to go its own way with the underpowered Switch, to great success. There’s room for everyone to do well, despite what the specs say on paper.

Writing an OS in Rust: Async/Await

Mar 27, 2020 In this post we explore cooperative multitasking and the async/await feature of Rust. We take a detailed look how async/await works in Rust, including the design of the Future trait, the state machine transformation, and pinning. We then add basic support for async/await to our kernel by creating an asynchronous keyboard task…
Read more

Something went wrong, but don’t fret — let’s give it another shot.
Read more

Data encryption at rest is a must-have for any modern Internet company. Many companies, however, don't encrypt their disks, because they fear the potential performance penalty caused by encryption overhead. Encrypting data at rest is vital for Cloudflare wit…
Read more