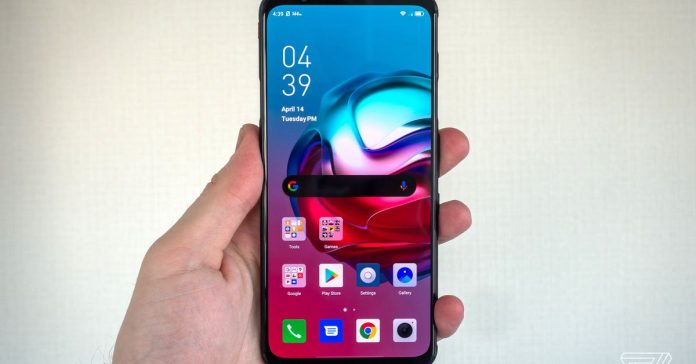 You can’t claim to be a flagship phone in 2020 without having a high-refresh-rate display, and a new benchmark has now been set. RedMagic, a sub-brand of ZTE sub-brand Nubia, is putting its latest gaming phone up for global pre-order today, making the RedMagic 5G the first phone you’ll be able to buy with a 144Hz screen. That’s the standard refresh rate for high-end PC gaming monitors.

The screen is a large 6.65-inch 1080p OLED panel, and the RedMagic 5G feels even larger than that spec suggests due to the slight bezels up top and bottom. They’re pretty unobtrusive, though — think Galaxy S8 kind of size — and they mean the phone has no notch or hole-punch cutout for the selfie camera, which is definitely a plus for gaming.

Other specs are as high-end as you’d hope for from a gaming phone: a Snapdragon 865, 5G support (obviously), up to 12GB of LPDDR5 RAM and 256GB of storage, Android 10 (with not-super-polished customizations), and a 4,500mAh battery that can be fast-charged at 55W — though no wireless charging, unfortunately. No-one’s buying a gaming phone for the camera, but the RedMagic 5G has a triple-lens setup including a 64-megapixel Sony IMX686 sensor. You also get a headphone jack, and the stereo speakers and haptics are pretty good.

The RedMagic 5G’s gaming functionality is perhaps more explicit than on some other gaming phones. As well as liquid cooling, there’s a full-on turbo fan inside with a vent on the edge of the phone that pushes out a fair bit of air. It gets pretty loud, but you can switch it off if you don’t need it.

There are also capacitive shoulder buttons at the top of the phone (in landscape) that you can assign to actions with equivalent touchscreen positions. RedMagic is selling a joystick-and-buttons attachment, too, though I wasn’t able to check it out. Oh, and I should mention the glowing LED logos on the back, because gaming phone. There’s a switch on the side that throws the phone into a dedicated gaming mode where you can manage all of this stuff.

The 144Hz screen does indeed look very smooth when you’re using the phone normally, and you even get a little 144Hz indicator in the notification bar to show off. As far as actual gaming utility goes, though, I wouldn’t say there’s a ton compared to 120Hz or even 90Hz displays. Real Racing 3 runs at a solid 144Hz, for example, but that’s not exactly a visual juggernaut — it came out seven years ago. PUBG, meanwhile, runs at around 90fps. Hardcore mobile esports heads may find greater benefit in the display’s 240Hz touch sampling.

Non-hardcore mobile esports heads, on the other hand, might just be intrigued at what amounts to the cheapest Snapdragon 865 handset yet, especially in the US. The RedMagic 5G is available to preorder today for $579 for a model with 8GB of RAM and 128GB of storage, or $649 for 12GB/256GB.

And yes, those are official US prices — RedMagic is releasing the phone in North America, the UK, mainland Europe, Australia, Japan, and beyond. After preorders, the phone should be available to buy outright on April 21st.

How the coronavirus outbreak will stress-test startups