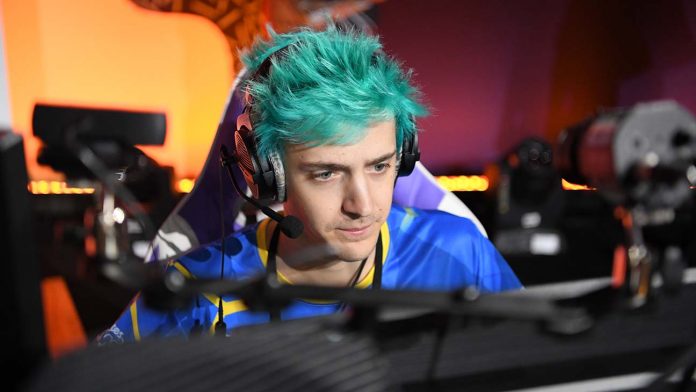 Fortnite star Tyler ‘Ninja’ Blevins is not too happy with the current Fortnite map. He suggested that creators, Epic Games, should bring  back the original Fortnite map to Chapter 2.

When Fortnite Chapter 2 releases in October 2019, many fans praised it to the high heavens. They dubbed it as the savior of a game that was growing stale due to many poor development decisions. A great example was the detested MECHs, which drove a large portion of the community away in Season 10.

However, some argued that Season 1 of Fortnite’s second chapter dragged on for too long. In other words, it did not do enough to keep the game fresh. Despite backing many of Epic’s decision making, Ninja is slowly becoming frustrated with the game that put him on the Twitch map.

Since Call of Duty: Warzone’s release, Ninja has been splitting his time between Activision’s brand new battle royale and Epic Games infamous Fortnite.  However, on March 26, Blevins grew frustrated with the building BR, and proceeded to explain some of his frustrations.

“I’m on 50 f**king ping,” he raged. “I wanna move to CoD right now. Man that’s just not fun. I dunno what it is. Somehow the game [Fortnite] is getting laggier. I’m on East Coast servers dude and I can’t place walls.”

What else did Tyler ‘Ninja’ Blevins say?

He then went on to explain that he wants to play Fortnite, but he is not finding the game enjoyable “in its current state”. He highlighted the game’s solos mode as particularly frustrating in its current build.

In a second clip, both he and SypherPK criticized the game for its lack of tangibly new content. Ninja explained that what initially drew players to Fortnite was the regular addition of new content, but this is something that has dried up of late.

“I’ve come to the conclusion bro,” Ninja continued. “We need to bring the old map back.” Despite these statements, he conceded that the likelihood Epic will simply abandon their new map is very low.

Fortnite’s original map remained in the game for all ten seasons of its first chapter. This was despite it changing significantly in seasonal updates.

Both streamers agreed that the return of the original map, using only fan-favorite POIs from Fortnite’s first chapter, would breathe some new life into the game.

Only time will tell what decisions Epic take to keep fans engaged.

Valve made new Half-Life: Alyx preview locations for SteamVR Home available those who own or have ordered a Valve Index. You can view footage of the two environments embedded below. The first location is set outdoors in City 17, “in the shadow of the under-…
Read more