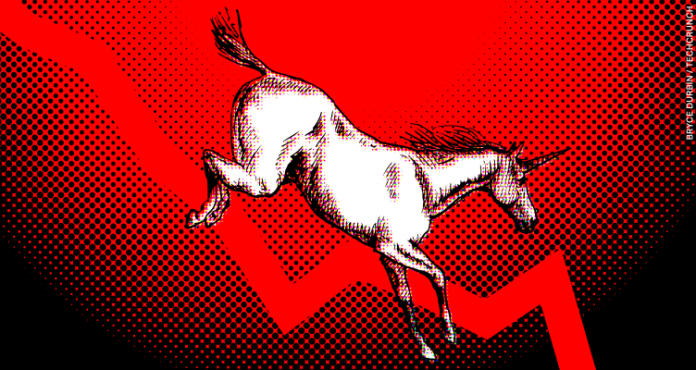 Earlier today a grip of new data presented a sharply negative picture of the American economy. And this afternoon, news broke that a trio of well-known, heavily-backed unicorns were cutting staff.

With stocks down as well, we’ve received negative signals from the private market, the public market and the economy as a whole in the same day. Let’s take a minute to set the macro stage, and then go over the latest cuts from Carta (first reported by Bloomberg), Zume (Business Insider broke that particular story) and Opendoor (via The Information).

The backdrop for today’s cuts is a faltering American economy. A glance at recent news is sufficient. In the last few hours, home builder confidence recorded the “biggest drop in history,” while retail sales fell 8.7% in March, what CNBC noted was “the most ever in government data,” and CNN Business reported that American factories’ output fell 5.4% in March, “their steepest one-month slowdown since 1946.”

It’s perhaps no surprise, then, that we’ve seen unicorn layoffs all year. In January the news was Vision Fund-backed companies cutting burn to skate closer to profitability. Then, the first round of COVID-19-forced staff cuts landed at big companies; firms like Bird and TripActions slashed staff as their companies were rent by a slowdown in their core operations by the pandemic and its related economic and social changes.

Slimmer cuts at smaller companies have happened on a nearly chronic basis, something that TechCrunch has covered, as well.

Today, however, saw three cuts from three unicorns (private companies worth $1 billion or more) that have long been objects of TechCrunch’s attention. So, let’s talk about them briefly:

It’s getting hard to keep track of all the cuts. Heck, I helped break Modsy layoffs recently with TechCrunch’s Natasha Mascarenhas, and we were first to the BounceX cuts as well. It’s a rough, bad economy, and it’s harming growth-oriented companies that like startup unicorns.

More when we have it, probably sooner than we’d like to report.

How to watch Huawei’s P40 launch live on March 26

After months of rumors, speculation, and coronavirus-induced uncertainty, Huawei has revealed it will host a livestream event for its upcoming P40 family of smartphones on March 26. While the date isnt totally new it had popped up on Huaweis Weibo last week …
Read more