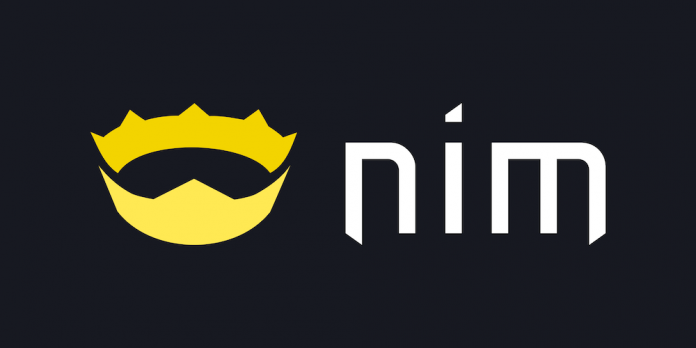 We are very proud to announce Nim version 1.2 after six months of continuous development!

This release contains around 600 new commits which have not already been backported to our 1.0.x versions.
There are several new features and standard library additions compared to 1.0.
We tried to keep breaking changes to a minimum, but some bugfixes weren’t possible
without making those necessary changes, and we feel that our users will benefit
from them.

We would recommend to all of our users to upgrade and use version 1.2.

If you would like to upgrade to version v1.2, but you are relying on v1.0 behaviour,
there is a command line switch --useVersion, which you can use with the newest
Nim to simulate previous versions.

For example, Nim v1.2 is more strict about type conversions concerning proc
types.
If this breaks your code, pass --useVersion:1.0, which will emulate the old
behaviour.

This is not limited to the above example.
If you were relying on some edge case and/or buggy behaviour which is now fixed,
try if --useVersion:1.0 gives you back the results you expect to see.
If that doesn’t work and you need the old behaviour, please open an issue in
our bug tracker and we will try to
make it work in future bugfix releases (1.2.x).

If you are library author and you would like your library to be available both
for v1.0 and v1.2 users, but you are relying on some new features introduced in
v1.2 which are not available in v1.0 release, you can use when declared to
your advantage.

For example, sequtils module now has the unzip proc.
You can write your code like this:

Check out if the package manager of your OS already ships version 1.2 or
install it as described here.

If you have installed a previous version of Nim using choosenim,
getting Nim 1.2 is as easy as:

Our contributors are amazing, and there is
far too many
to list here.
Big thanks to all of you, we couldn’t have pulled off this release without you!

--gc:arc is our main new feature for this release!

Instead of going into lots of details and hijacking this release article,
we would like to point you to
this video from FOSDEM
where Araq explains details behind ARC and shows some benchmarks which show
the benefits of it.

Version 1.2.0 introduces several new macros which should help with writing
some common tasks.

In the next few sections we will show them and their usages.
All the examples imply import sugar.

collect is a macro which helps with writing seq/set/table comprehensions.
It replaces the lc (list comprehension), and it is both more idiomatic and
more powerful than lc.
There is no overhead for using collect, e.g. you can use newSeqOfCap with it.

The syntax for all collections is similar, with the difference being the
init function and the last expression.

dup is a macro which turns an in-place function into one that returns a
result without modifying its input.
The idea is that future versions of Nim will offer only in-place versions
of the functions (i.e. no more sort and sorted, rotateLeft and
rotatedLeft, and so on), which could be transformed to functions returning
a copy via dup.

An underscore (_) can be used to denote the place of the argument you’re
passing:

capture is a macro which is useful when creating a closure in a loop to capture
some local loop variables by their current iteration values.
You might want to use it for example for event handling and {int: callBack}
lookup tables.

The neuroinvasive potential of SARS-CoV2

Zoom: Free video chat filters can give you a long beard, devil horns or an egg for a head

One free app makes all the difference between buttoned-up video chats and a party. Sarah Tew/CNET Thanks to the coronavirus, I spend a tremendous part of my day using Zoom to keep in contact with co-workers and friends. I also spend way too much time trying to figure out the best possible Zoom background. Just this…
Read more