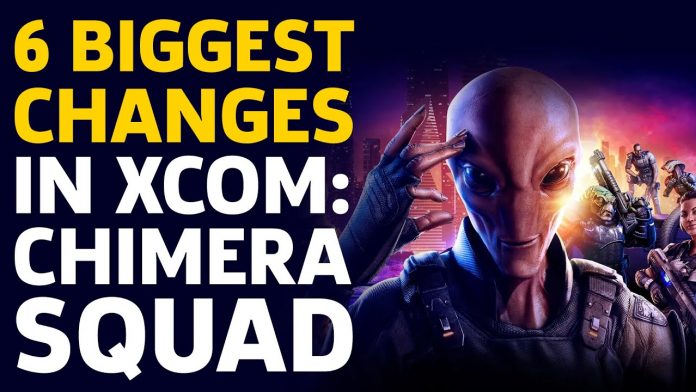 A surprise new XCOM spin-off is coming to PC. Here’s everything you need to know about Chimera Squad, from playable aliens to permadeath.

XCOM developer Firaxis announced a new game in the series, and it’s coming to PC via Steam very soon. Chimera Squad launches on April 24, and it’ll cost you $10 on day one–the price will jump up to $20 on May 1, however.

Chimera Squad is a spin-off, not a sequel. It’s set five years after the events of XCOM 2 XCOM 2 and changes up the series’ gameplay quite a bit. Perhaps most significantly, it removes permadeath: your mission will simply restart if a squad member bleeds out. You can learn more about Chimera Squad and its key differences in the video above.

The Polygons of Another World: Atari Jaguar

March 13, 2020 The polygons of Another World: Atari Jaguar This article is part of a study about the ports of Another World. It is highly recommended to read Another World 101 before reading this. Development of the Jaguar started in 1990 when Atari commi…
Read more

Ikea is an interesting store. Even if you go in having in mind you're only going to buy that one thing that you actually need and this time you're not going to be distracted by other crap, you tend to come out with about three times the amount of things you wanted to buy. For…
Read more