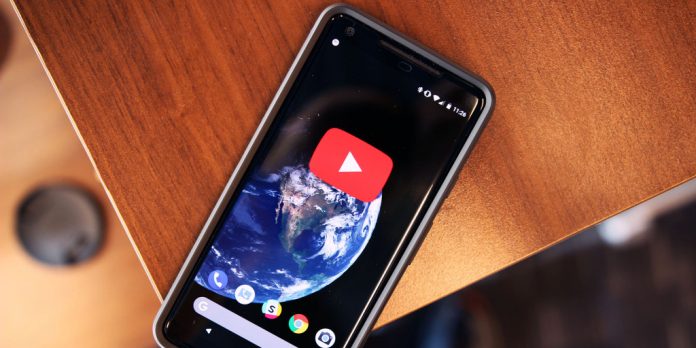 Today, all of Google’s major, consumer-facing social media efforts are housed within YouTube. A new report today reveals that the YouTube app will soon be home to a new “Shorts” format that will counter TikTok.

According to the Information, YouTube is planning a serious effort to counter the viral social media platform with a product called “Shorts.” It will notably live inside the existing YouTube for Android and iOS clients rather than being a standalone app.

Shorts will be brief videos available in a new feed. On the creation front, these videos can use YouTube’s existing catalog of licensed music as a background soundtrack. YouTube reportedly plans to launch Shorts by the end of this year.

Today’s article describes the YouTube Shorts effort as the “most serious effort yet by a Silicon Valley tech company to combat the rise of TikTok.” It speculates that YouTube will be able to leverage its existing stable of creators to generate the new type of content.

By making Shorts available inside the YouTube apps, Google is guaranteeing a built-in audience. This is similar to how YouTube rolled out a Stories format to compete with Snapchat and Instagram. Used by channels to make shorter update-like content, it lives alongside full videos in the Subscriptions tab. Unlike videos, these Stories are limited to a certain subscriber count, with that possibly applying to the initial launch of Shorts.

Last October, it emerged that Google was reportedly interested in acquiring a TikTok competitor as part of a renewed social push.

MUST READ  Facebook is selling refurbished Rift CV1s as Rift S remains sold out in U.S.

Editor. Interested in the minutiae of Google and Alphabet. Tips/talk: [email protected]

“Reimagined” E3 2021 scheduled for next June

The Entertainment Software Association has notified partners that E3 2021 will be held June 15th to 17th, 2021, according to GamesIndustry.biz. The ESA canceled E3 2020 last month due to concerns about the COVID-19 outbreak but is reportedly working on a “reimagined” event for 2021. There’s still no word on whether North America’s biggest annual…
Read more

Data encryption at rest is a must-have for any modern Internet company. Many companies, however, don't encrypt their disks, because they fear the potential performance penalty caused by encryption overhead. Encrypting data at rest is vital for Cloudflare wit…
Read more

About Million Dollar Metropolis is inspired by the original Million Dollar Homepage from 2005. To cover his university expenses, a student sold one million dollars' worth of pixels on a 2D advertising space on his website. Fifteen years later, this project attempts to replicate the success of the original in a creative new way by…
Read more