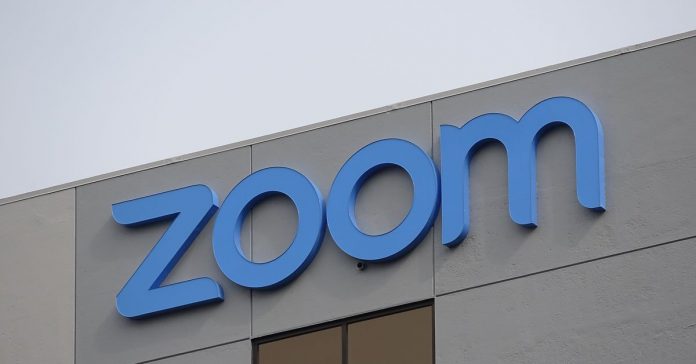 Zoom states on its website and in its security white paper that it supports end-to-end encryption for its meetings. But new research from The Intercept reveals that’s not exactly true.

The Intercept asked a Zoom spokesperson whether video meetings that take place on the platform are end-to-end encrypted, and the spokesperson said that “Currently, it is not possible to enable E2E encryption for Zoom video meetings.”

Zoom does use TLS encryption, the same standard that web browsers use to secure HTTPS websites. In practice, that means that data is encrypted between you and Zoom’s servers, similar to Gmail or Facebook content. But the term end-to-end encryption typically refers to protecting content between the users entirely with no company access at all, similar to Signal or WhatsApp. Zoom does not offer that level of encryption, making the use of “end-to-end” highly misleading.

Zoom, however, denies that it’s misleading users. The company told The Intercept, “When we use the phrase ‘End to End’ in our other literature, it is in reference to the connection being encrypted from Zoom end point to Zoom end point,” and that “content is not decrypted as it transfers across the Zoom cloud.”

Zoom’s in-meeting text chat does appear to support E2E; Zoom said it does not have the keys to decrypt those messages.

Zoom also told The Intercept that it only collects user data that it needs to improve its service, including IP addresses, OS details, and device details, and doesn’t allow employees to access the specific content of meetings. It also said that it doesn’t sell user data of any kind. However, it’s possible that the company could be compelled to hand over meeting recordings for legal proceedings.

MUST READ  Microsoft: Cloud services demand up 775 percent; prioritization rules in place due to COVID-19

Zoom did not respond to a request for comment.

I've heard taaales of your kind, Witcher CD Projekt RED has confirmed that there are more Witcher adventures on the way. The next entry in the sword 'n' sorcery 'n' sexy adventure series will begin development once CDPR's incoming epic Cyberpunk 2077 finally…
Read more

Nintendo's ex-president weighs in by Ryan Craddock 5 hours ago If you've been playing Animal Crossing: New Horizons, you may well have found yourself gazing up at the night sky and seeing the occasional shooting star. Wishing upon these stars can reward you with Star Fragments - a material used to craft several sought-after recipes…
Read more

The week’s best game trailers: Streets of Rage 4 and The Last Campfire

Trailers! Developers and publishers still fire them off like crazy each week, and this roundup gives a home to ones we might otherwise have missed. We’ve got a n00b mo— sorry, a new mode for Rocket League, a VR exergame, Dwarf Fortress in space, and a sequel 26 years in the making! Well, not literally,…
Read more