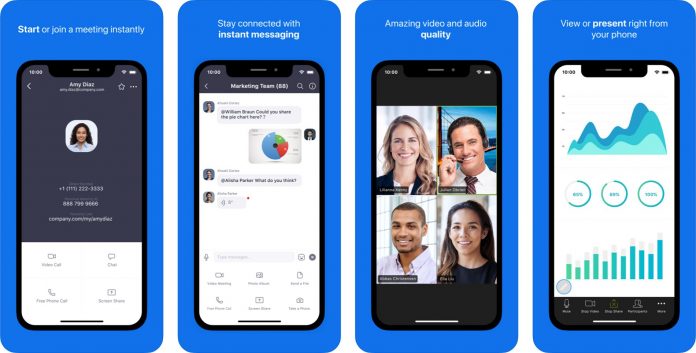 Zoom, a video conferencing app that many people are using at the current time to keep in touch with coworkers while working from home, was sending data to Facebook without disclosing the data sharing to customers.

As of today, Zoom has updated its iOS app to remove the SDK that was providing data to Facebook through the Login with Facebook feature, according to Motherboard, the site that first discovered Zoom’s data sharing practices.

Zoom was providing Facebook with data that included when a user opened the app, plus their timezone, city, and device details. Zoom’s privacy policy did not make it clear that the data was shared with Facebook.

In a statement, a spokesperson for Zoom said that Zoom was unaware that the Facebook SDK was collecting unnecessary device data.

“Zoom takes its users’ privacy extremely seriously. We originally implemented the ‘Login with Facebook’ feature using the Facebook SDK in order to provide our users with another convenient way to access our platform. However, we were recently made aware that the Facebook SDK was collecting unnecessary device data.”

“The data collected by the Facebook SDK did not include any personal user information, but rather included data about users’ devices such as the mobile OS type and version, the device time zone, device OS, device model and carrier, screen size, processor cores, and disk space.”

“We will be removing the Facebook SDK and reconfiguring the feature so that users will still be able to login with Facebook via their browser. Users will need to update to the latest version of our application once it becomes available in order for these changes to take hold, and we encourage them to do so. We sincerely apologize for this oversight, and remain firmly committed to the protection of our users’ data.”

Motherboard has since verified that the iOS app is no longer sending data to Facebook when it is opened.

Apple is preparing to delay the launch of the 2020 iPhones expected to be equipped with 5G technology, according to sources with knowledge of Apple’s plans that spoke to Japanese news site Nikkei.
Apple has reportedly held internal discussions about the possibility of delaying the launch “by months” over fears of how well iPhones would sell in the current situation, and supply chain sources…

Apple Helps Source Over 10 Million N95 Masks for Healthcare Providers in the U.S.

Apple over the weekend announced plans to donate millions of N95 masks to hospitals in the United States and Europe, and according to Apple CEO Tim Cook, Apple has been able to source more than 10 million N95 masks in the U.S. and millions more in Europe.
Apple CEO Tim Cook said on Saturday that Apple was aiming to donate supplies to healthcare providers fighting COVID-19, and clarified…

Hands-On With the New $999 MacBook Air

Alongside new iPad Pros last week, Apple also refreshed the MacBook Air, adding more storage, faster 10th-generation processors, and an updated keyboard. We picked up one of the new machines to take a look at some of the upgrades added in the 2020 update.
Subscribe to the MacRumors YouTube channel for more videos. Design wise, there are no real external changes to the MacBook Air’s body,…

iPhone users in several countries who disconnect from WiFi on their devices will see a “Stay Home” message at the top of the Control Center where cellular network information is displayed. Image via Matt Navarra According to reports on Twitter, the status bar messages are showing up in countries that include Germany, Belgium, United Arab Emirates, Peru, Turkey, India, Luxembourg, Romania,…