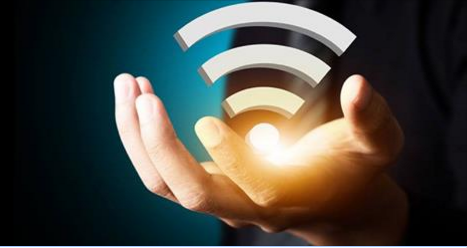 Do you know that your WiFi router has a secret magical power? Let’s tell you about it in detail. The electrical engineers from the University of California has found a way by which the number of people in a room could be calculated by the WiFi power measurement. This reminds me of the mobile spying technology used by Batman and Fox in the Dark Knight movie.“Our approach can estimate the number of people walking in an area, based on only the received power measurements of a WiFi link,” said Mostofi, a professor from the University of California. With this approach, we don’t need any WiFi enabled electronic communication device to count the people.

To count the number of people, the researchers put two WiFi nodes located in the opposite directions in a 70-sq-meter area. Now by calculating the power measurement in that particular area by those nodes, the number of people were accurately estimated up to nine people- in both outdoor and indoor locations. When people crossed the team between these two nodes, the WiFi signal dropped a bit and vice-versa.

By examining the signal variation and behavior of signals, the researchers were able to derive a mathematical method to estimate the number of persons in that area.

Mostofi said, “This is about counting walking people, which is very challenging, counting this many people in such a small area with only WiFi power measurements of one link is a hard problem, and the main motivation for this work.”

This finding related to WiFi signals could be used in various applications like estimation of people to make smart buildings, air-conditioning capacity etc. Apart from these, this could also be used in security related areas.

Classic Roulette Gambler – Which slot machines pay the most