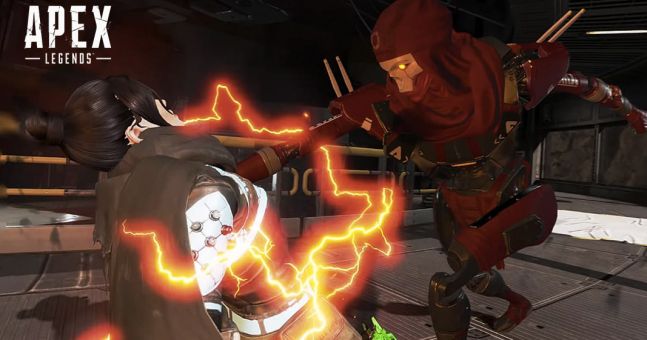 Apex Legends players have been running into a new issue that is ruining matches before they can get underway – as they’re tossed outside the limits of the map.

Though there have been plenty of positives in Apex Legends latest season, bringing back old players with new content, and fans getting what they want with modes and maps, it hasn’t been entirely smooth sailing.

Players have run into bugs on a regular basis – ranging from pretty big issues that prevent fans from playing matches to small hiccups that you’ll ultimately laugh about after the fact.

Apex Legends players aren’t even getting the chance to play matches thanks to the new bug.

However, one player has showcased an all-new problem that is wiping out entire servers as players try to jump into a match.

As shown in the video, players are encountering a bug that sees them locked into the dropship as it is supposed to pass over the map but, instead, remains stuck in one place. After a few moments, every player remaining in the ship is tossed out at the limit of the map – forcing them to try and rescue themselves.

However, as dropping into the map has become a little out of reach, said players are unable to save themselves and end up falling to their death before they even have a chance to play a match.

As this example came from World’s Edge, some onlookers might assume that is a problem with that particular map. Yet, that doesn’t appear to be the case.

In fact, another Reddit user claimed that they had also run into the same issue while attempting to play a game on Kings Canyon.

These examples of the problem happening on different maps and in different games would point to it not being a small issue that has reared its head, but instead, something that could easily ruin more and more matches if it is not addressed.

The Respawn team has not commented on the subreddit or made a note of it on their Trello board, so, it remains to be seen as to whether or not they are aware of the brand new issue.

Xiaomi has been in the news for its multiple launches this week. The smartphone maker launched the Redmi 10X series in China, along with...
Read more

Converting an Old MacBook Into an Always-On Personal Kubernetes Cluster

March 16, 2020 Categories:Tags:TL;DR: I set up Minikube on an old (2012) MacBook Air and configured it to be able to connect from outside my home network so I would have an always-on Kubernetes cluster at home to experiment with. Photo Attribution: flickr …
Read more