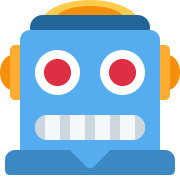 Or yet another rant about YAML

In this post, I’ll try to explain why I find most config formats frustrating to use and
suggest that using a real programming language (i.e. general purpose one, like Python) is often a feasible and more pleasant alternative for writing configs.

In this section, I’m mostly referring to JSON/YAML/TOML/ini files, which are the most common config formats I encounter.

I’ll refer to such configs as plain configs. Not sure if there is a better name for it, please let me know!

So what happens when people encounter these problems?
Often they end up using a ‘real’ (i.e. general purpose, Turing complete) programming language anyway:

All this stuff is unpleasant and distracts you from your main objective.

Perhaps you can see where I’m coming with this.

¶3 Use a real programming language

The idea is to write your config in your target programming language.
I’ll have Python in mind here, but the same idea can be applied to any dynamic enough language (i.e. Javascript/Ruby/etc).

Then, you simply import/evaluate your config file and viola – you’re done. That’s it.

I find it pretty neat.
Let’s see how it helps us with the problems I described:

Are there any problems with that approach? Sure:

However, you can achieve a similarly pleasant experience in most modern programming languages (provided they are dynamic enough).

Some projects that allow for using code as configuration:

¶4 What if you don’t have a choice?

Some ways I’ve found to minimize the frustration while using plain configs:

A followup question, which I don’t have an answer for: why is is that way?
I’m sure Ansible/CircleCI or Github Actions are developed by talented engineeres who have considered pros and cons of using YAML.
Do the pros really outweight the cons?

Open to all feedback, and feel free to share your config pain and how are you solving it!

Wordpress Course Contents • Install WordPress on your PC or Mac computer, so you can learn without having to pay hosting or domain fees. • Navigate...
Read more

LICEcapsimple animated screen captures* LICEcap can capture an area of your desktop and save it directly to .GIF (for viewing in web browsers, etc) or .LCF (see below). LICEcap is an intuitive but flexible application (for Windows and now OSX), that is desi…
Read more