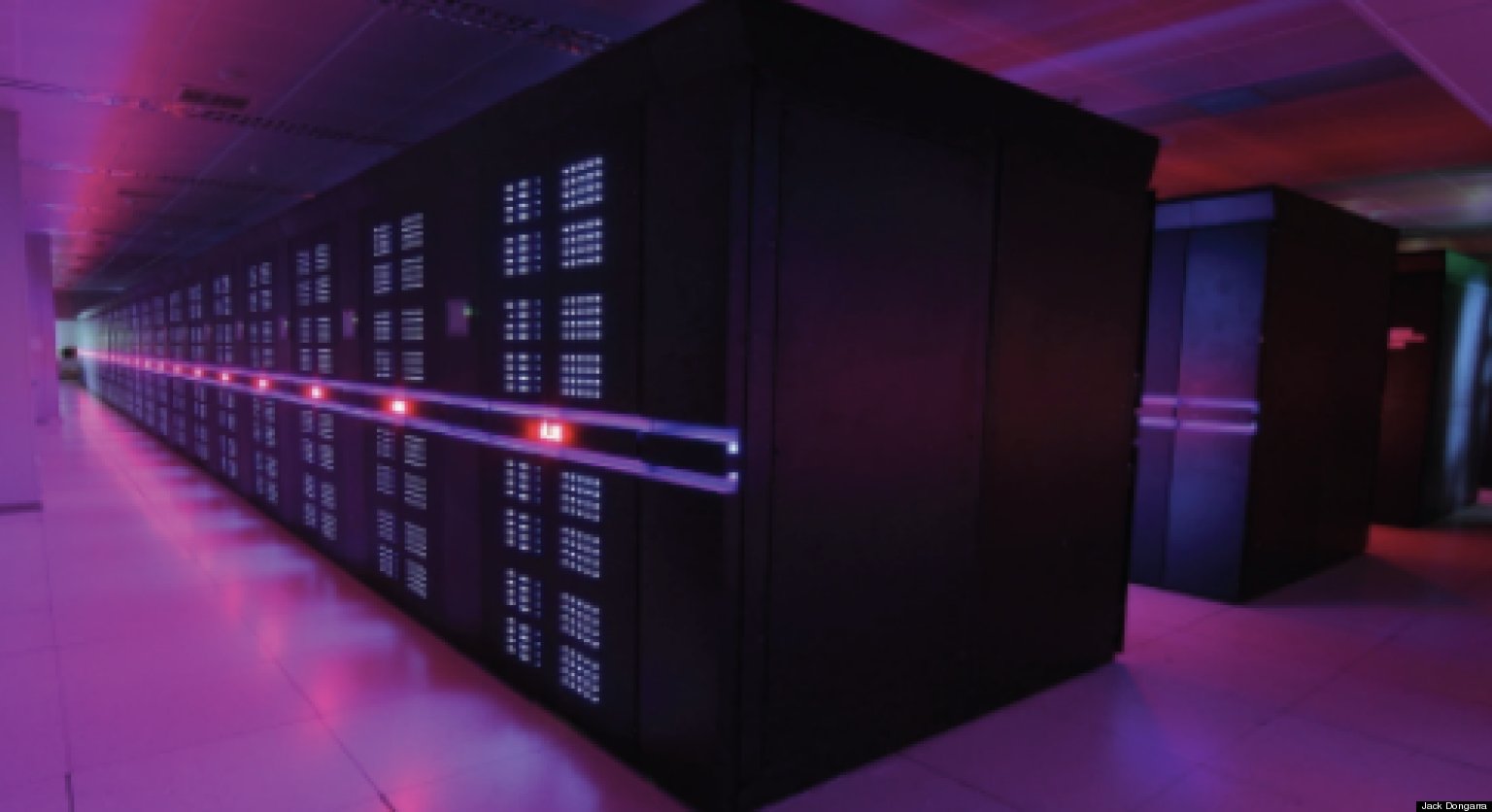 Supercomputers of today are the retrogressive image of the one’s in 1960s i.e. a gigantic machine racking up an entire room with a huge screen and hundreds of wires and buttons.

Sure, modern computers look like a stack of books in a library, but the computing prowess of these babies is outrageous. The processing power of the latest Supercomputers is calculated in Petaflops ( ability to do one quadrillion floating point operations per second)
Let’s begin the top 5 list of Supercomputers of this generation.
5. Mira (USA)

Mira is IBM’s self-built Supercomputer that has the peak performance of 8.6 petaflops. At Argonne National Laboratory, US, it uses IBM’s BlueGene/Q platform with 786,000 core processors.

Another IBM machine Sequoia also runs on BlueGene/Q design with 1.6 million 16- core processors. It has a performing speed of 17.2 petaflops.

A major upgrade to another Supercomputer Jaguar,  Titan performs at a blazing speed of 17.6 petaflops. It uses a total of 561,000 Opteron 6274 16-core 2.2GHz processors along with NVIDIA GPUs.

Literally meaning Milky Way-2, the king of supercomputers processes at a staggering speed of 33.9 petaflops. It was developed by China’s National University of Defense Technology. This peerless Supercomputer runs on a whopping 3,120,000 cores, comprising of a mix of Intel Xeon E5 processors, custom processors and Intel Xeon Phi coprocessors.

With these super fast machines on board, scientists have managed to expand their boundaries and work the ultra complex quantum mechanical calculations. Also, these supercomputers are utilized in climate research, simulation of early moments of Universe, Nuclear fusion, and Cryptanalysis.

Was the blog post informative to you? Let us know in comments below.

China demanded Monday that Washington withdraw export sanctions imposed on Chinese companies in the latest round of a worsening conflict over technology, security and...
Read more

A 25 percent discount knocks off $100 Photo by Amelia Holowaty Krales This story is part of a group of stories called Only the best deals on Verge-approved gadgets get the Verge Deals stamp of approval, so if you're looking for a deal on your next gadget …
Read more