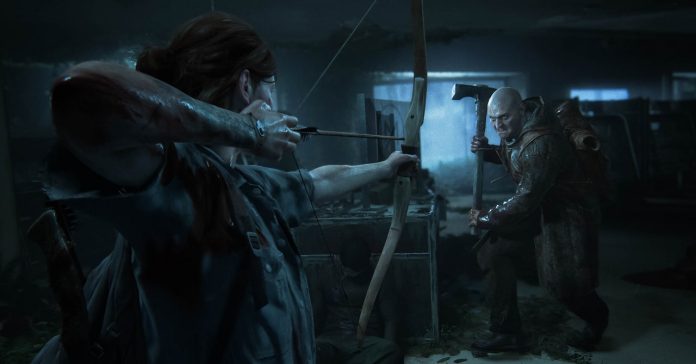 Hello, and welcome once again to Replay, WIRED’s rundown of all of the week’s biggest videogame news. We took a brief hiatus last week, but we’re back at it again for all socially distanced game news we could find.

The Last of Us Part II Is Delayed Indefinitely, Says Sony

The Last of Us Part II, originally slated for release on May 29, is now delayed until further notice, according to a tweet from Sony. In a season full of delays, this one is particularly striking, since the game was only a month away from its release date, a time in which games are, usually, more or less finished.

“Logistically, the global crisis is preventing us from providing the launch experience our players deserve,” Sony said in the tweet. But, while some game companies are moving forward with major releases in spite of hurdles presented by the coronavirus, The Last of Us Part II‘s cancellation stands out because of its subject matter, since it takes place in a brutal postapocalypse ravaged by a pandemic. (I mean, a zombie pandemic, but still.) Maybe it is all about logistics, but one can’t help but wonder if Sony just didn’t think releasing this particular game right now was smart. Can’t blame them.

QuakeCon Isn’t Happening This Year, for the First Time in 25 Years

QuakeCon started as an enthusiast event, dedicated to the glories of Doom and Quake, before being adopted by id Software and, later, its owners at ZeniMax and Bethesda, and turned into a major gaming convention and a mass celebration of all things id. Now, thanks to the coronavirus, it’s not happening, for the first time in its history. As GameSpot reports, id and Bethesda announced the cancellation on Twitter, explaining that, though no one knows what things will look like in August, when the con was scheduled to happen, it doesn’t seem smart to try to plan it out with something like a pandemic hanging over everything. It’s a shame, as it would’ve been the event’s 25th anniversary.

Epic Games Publishing—created by Epic Games, makers of Fortnite and operators of the PC storefront Epic Games Store—is now a thing. As reported by Kotaku, this new arm of Epic will publish games by developers like Playdead, gen Design, and Remedy Entertainment. It seems like a fairly generous deal, with Epic not taking any intellectual property rights but fully covering development costs—with the games presumably then becoming Epic Games Store exclusives on PC. As for what games these teams are developing, or when they’ll see the light of day, that’s anyone’s guess. But Epic is still, and always, making moves.

Recommendation of the Week: Doom 64 by Midway Games, on PC, Nintendo Switch, Xbox One, PlayStation 4, and Nintendo 64

Doom 64 is more than just a simple port of the original Doom. It’s a whole new game, and it combines new levels with a new bit of grime and moodiness that transforms the Doom formula—that is, the original early-’90s Doom formula—into something new. With a moody goth-core soundtrack by Aubrey Hodges, this is Doom at its most threatening. With the release of Doom Eternal, Bethesda ported the former Nintendo 64 exclusive to just about every platform. It’s well worth checking out.

MUST READ  MacRumors Giveaway: Win an iPad or MacBook Stand From Yohann

9to5Mac has already confirmed Apple is working on a new iPad Pro with a time-of-flight sensor. We have now discovered evidence based on the iOS 14 code that corroborates the existence of new iPhones models, presumably from the iPhone 12 line-up, with the same…
Read more

Zoom video conferences aren’t as private as you think

Zoom has seen a flood of new users as the COVID-19 outbreak forces more and more employees to transition to working from home. Zooms big selling point is its near-frictionless video calls. However, new users should be aware of the companys privacy practices…
Read more

Anyone remotely familiar with internet hype knows that flying cars and jet packs are Just around the corner! Interestingly, much of the cool technology in this field came and went decades ago. Like the WASP II flying platform. I wrote a book on the history o…
Read more