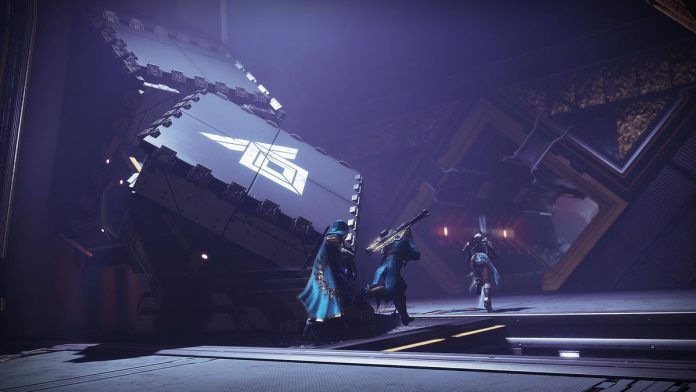 Well uh, this is going to be a different spin on something I usually write, where I give advice to Destiny 2 players starting new content, be it DLC or a season, once I’ve grinded a fair bit of it. This time, however, I’m trying to gently suggest that there are some mistakes that have been made with Season of the Worthy that Bungie should have avoided while making it in order to have made it more successful.

I am going to actually steer away from Trials today, as I have written like three different articles now on what is ailing that mode and I think we’ve covered the basics now between cheating, beaver errors, card farming, low-level and flawless rewards, among other things. Today I’ll focus more on the bunkers and PvE side of things, which is what most of the community still comes to Destiny for. And as I said yesterday, this is the lightest PvE content in the game’s seasonal history, if you ask me.

I’m going to try to stay away from big obvious things like “hey a raid would have been nice instead of legendary lost sectors” and focus more on smaller things that could have helped this season, but I fear it’s too late to change most of this now.

I think there are quite a few things wrong with the seasonal artifact mod system, but I’ll break it down to two main issues. First of all, I see literally no purpose in forcing players to choose just 12 different mod options out of 25 from the artifact when fully leveled, as opposed to simply letting everyone unlock everything in the artifact as they gain XP in the season, allowing for greater potential build diversity. The current system which forces you to refresh the entire thing and pick 12 new ones for an increasing amount of glimmer is annoying for no reason and I cannot see a downside to just being able to unlock and use everything.

The second aspect of this is that I want the anti-champion mods to simply turn into passive intrinsic perks on guns during a season, rather than mods. As in, all hand cannons in Season of the Worthy have a perk toggle which can give them anti-overload or anti-unstoppable. SMGs can have anti-barrier or anti-overload this season. This would let you use your normal mod slot instead of replacing it and make the entire process more streamlined. You could apply this to exotics too, which would get around their lack of a mod slot, but I understand that making all exotics anti-champion automatically could break the game in unforeseen ways, so I also support the idea of just going back and making certain ones anti-champion across all seasons like we have for a few now.

2. Everyone Should Have Been Getting Some Passive Warmind Bits From The Start

I cannot tell you how many people I have had tell me that they have just not engaged with the bunker system at all this season. That’s bad design, considering once you get even a cursory amount of upgrades going, it’s beyond easy to max them, and they are way, way easier than the obelisks last season. But no one realizes that, or they don’t care.

I think a core issue is that you only essentially get any Warmind bits at first from bounties (and who isn’t sick of bounties now) and the public event. I think the game should have been giving random drops of X amount of bits for pretty much all activities in the game from the start so players would have been able to play whatever they want and still feel engaged with the season. As it stands right now you need hundreds and hundreds of bits to even upgrade a bunker to the point where you can start getting Warmind bit drops from activities like strikes or Crucible matches when I think that should have just been active from the start.

3. Bunker Clearing And Featured Bunkers Are Too Convoluted

Here’s an example of how the current bunker system is too messy for its own good. My New Light buddy has been running through older content with me, and finally got high enough in power to do seasonal Worthy stuff this past week. But he missed the EDZ bunker two week stretch and now is on the moon bunker. And the moon bunker gave him a bounty to do three moon legendary lost sectors to complete a weekly bounty for bits, but he can’t activate and clear the moon bunker until he finishes the EDZ part of the quest. It’s a mess, and I think all the bunkers should just be “active” at all times once they arrive in the game to avoid this.

I also think the concept of a daily bunker clear is just not fun or engaging. It feels like a chore, and I think Bungie even realized that since they literally built a way to skip doing it into the game with the seasonal pass perk (which is bugged, but still). If you are giving players to avoid a gameplay obstacle you build by paying to not play it at all, something has gone wrong.

4. Force Players To Engage With The Warmind Cell Mechanic

Here’s a message from a reader on Twitter that was sent to me literally seconds ago as I write this:

“Reading the replies… I didn’t even know what Warmind Cells were, thought they were a consumable or token. I’ve now found out, wow. Kept that secret Bungie.”

Warmind Cells are one of the most fun, most interesting, most powerful mechanics Destiny has ever introduced. The problem is that I would be amazed if even 10% of the playerbase utilized them this season because of how well hidden they are. The same thing happened with Charged with Light, but this time, the mechanic is even better.

Bungie needs to put this in people’s faces. Don’t make people max an entire bunker to get some of the best Cell mods. Reward them earlier. And force them to use it by having say, bounties or modifiers that utilize Warmind Cells and force people to figure out what they are instead of making them totally missable. Hell, even have a mini tutorial to show people what they are, don’t leave it up to YouTubers and me to do it. You put a lot of work into this mechanic, and everybody playing PvE should be at least attempting to make Warmind Cell builds this season. The fact that barely anyone is doing it is a serious problem.

Integrate The Actual Almighty Story Into Any Of This

Through all the PvE content this season, have you remembered at all that the plot right now is supposed to be that the Almighty is going to come crashing down on the Last City? Because I have totally forgotten about it other than the initial cutscene we got on day one.

I understand that we’re powering up Rasputin to launch a super laser at the ship or something, but all of this bunker stuff seems wildly disconnected from the storyline of the season in practice. I would love to see it connected in a big way, ie. story missions that have us returning to the (chronically underused) Almighty to fight enemies there and do something related to the plot, or something even smaller, like a changing skybox that shows the Almighty getting closer and closer to the city every week as we visit the Tower (a very Fortnite-ish kinda thing). But so far, there’s nothing. Just a few new lines from Ana every time a new bunker opens. I have hope this may change later in the season, but this is nothing like the “rescue Saint” storyline last season that we actually felt engaged in.

Those are my critiques. Let me hear yours on Twitter.

Mary Dash, Chief of the Congressional Correspondence and Quality Review Branch of the Internal Revenue Service, wrote these excellent writing tips. Active and passive voice Readers prefer active voice sentences, and we should try to use the active voice in …
Read more