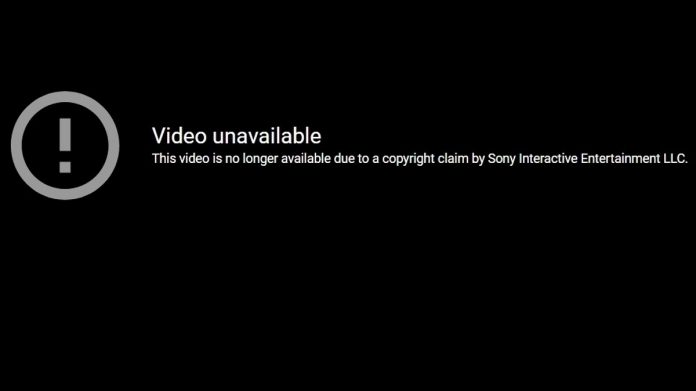 Just days after its indefinite delay.

Sony is battling to scrub leaked The Last of Us 2 footage from the internet just days after announcing an indefinite delay to the hotly-anticipated game.

Yesterday, two videos containing previously unseen footage of Naughty Dog’s next hit the internet, and as you’d expect they were pounced upon by the series’ fans.

THERE MAY BE SPOILERS AHEAD.

One of the clips shows Ellie and Dina riding horses in the snow while having a chat about a movie series.

The more interesting video shows what looks like a guitar-playing mini-game. We see Ellie practice guitar, with the player able to play chords via a command wheel and strum via swiping on the DualShock touchpad.

The original YouTube uploads are now offline, the first made private, the second the result of a copyright claim by Sony Interactive Entertainment LLC. Sony is currently moving to delete mirrors of the footage, although it faces an uphill battle. I suspect the two videos embedded above will be pulled offline sooner rather than later.

While it’s worth noting these clips are supposedly test footage and may not represent any sequence in the final game, it’s an unfortunate leak for Naughty Dog, which only a few days ago announced an indefinite delay to The Last of Us 2 as a result of the ongoing coronavirus pandemic.

“Logistically, the global crisis is preventing us from providing the launch experience our players deserve,” Sony said, before Naughty Dog added development on The Last of Us Part 2 is “nearly done” and that the studio is currently “in the midst of fixing our final bugs”.

Apple has done it again! Last week the company accidentally confirmed its first new 2020 iPhone, and now a second Apple error has confirmed another brand new model.  Apple's iPhone 12 (concept render) will not be the first or even second new iPhone to launch…
Read more

All times are PDT. Summary Discord was unavailable for most users for a period of an hour. The root cause is well understood and fixed. The bug was in our service discovery system, which is used by services within our infrastructure to discover one another.…
Read more

Tom Nook, Blathers and all the other denizens of your island community celebrate all your major milestones. Here's how to get to those milestones even faster. Screenshot by David Priest/CNET Animal Crossing: New Horizons for the Nintendo Switch just hit its one-week anniversary, and I'm already obsessed with finding the rare fish, bugs and plants that populate…
Read more